Are There Best Practices for Sales People? (S-35) 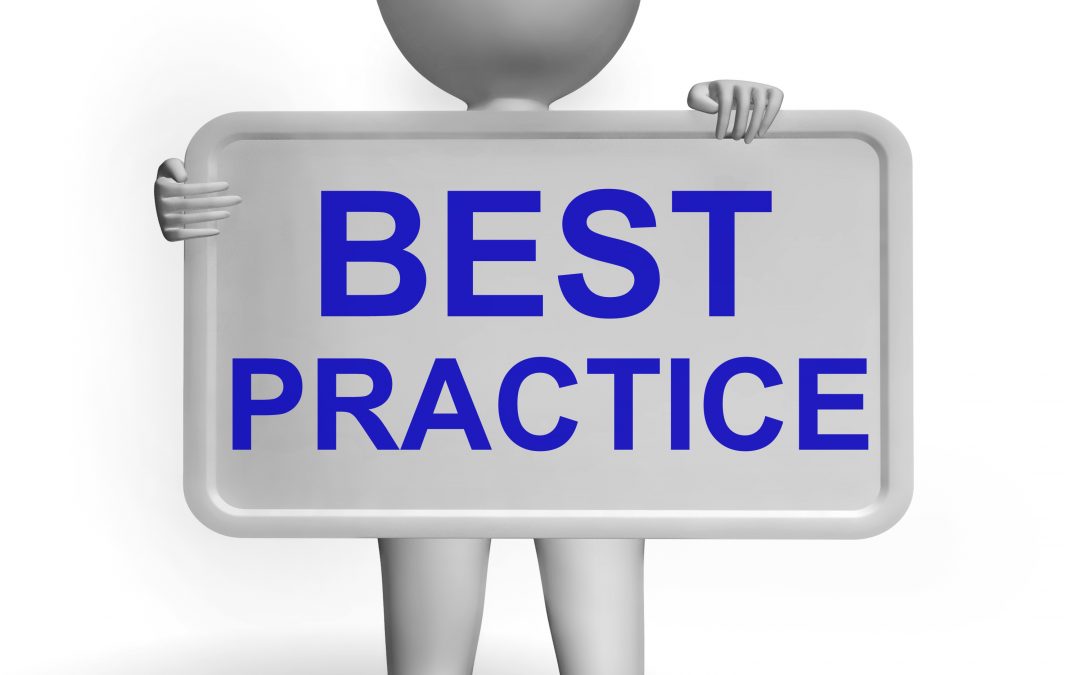 One of the most debilitating myths about the sales profession is that sales people can learn on their own, on the job, and eventually become good at their jobs.  This myth implies they’ll eventually develop their own style, and that will bring them the maximum results.

That myth is true for about five percent of the sales people in the world.  For the other 95 percent, nothing could be further from the truth.  The overwhelming majority of field sales people perform at a fraction of their potential because they have never been systematically exposed to the best practices of their profession.  Instead, they have been expected to “learn on their own.”

I like to paint.  I don’t mean pictures, I mean walls and bedrooms and hallways.  I enjoy the physical nature of it, and the resulting change in the feeling of the room.  I’ve always liked to paint and have done so for over 30 years.  Once, for about two months, I actually made a living doing it.  I think I’m pretty good at it.

Until a little while ago, when I was watching one of those reality home improvement shows.  On it, a professional painter demonstrated the best way to apply masking tape, hold a brush and apply the paint.  Yikes!  I was doing it all wrong.

Then, when I discovered the best practices of a true professional, I saw that my own ideas we not up to the standard.  I wasn’t nearly as good as I thought I was.  If I’m going to become really good — objectively, verifiably good — I must change my routines and incorporate the best practices.

So it is with sales as well.  The world is full of sales people who have learned on the job, pretty much on their own, and have never been exposed to the best practices of the profession.  They delude themselves, as I did, holding the opinion that they are pretty good.  And that delusion keeps them lingering in levels of performance considerably beneath what their potential would allow them.

Sales managers often share that delusion, and occupy themselves with other matters, unable or unsure how to improve the performance of their team.  Typically, the sales manager was, in a previous incarnation, a high performing sales person.  He/she was part of the five percent who learned on their own, who studied the best practices, and who incorporated them into his routines.  As a result, that sales manager, formerly high performing sales person, expects every other sales person to be just like him; to have the same motivation, the same drive, the same ability and propensity to learn.  He, therefore, makes little effort to expose the sales team to best practices, because he did it on his own.

That’s too bad.  Every profession in the world develops a body of knowledge about the best way to do that job.  And every professional in the world is expected, if they are serious about the profession, to regularly study those best practices, and to incorporate them into their routines with a disciplined, methodical effort.  That’s why teachers have in-services, doctors go to conferences, nurses have in-service training, etc.

The job of the sales person is no different.  There is probably no other profession where more written about, and to, than field sales.  Over the last 50 years, there must have been thousands of books written, tens of thousands of articles published, thousands of audio programs prepared, and hundreds of newsletters and magazines published – all for the field sales person, and all describing the best practices of the profession in various terms and methods.

Just as there is a set of best ways to paint a room, so there are sets of best ways to ask a question, seek an appointment, build rapport, make a presentation, close the deal, and follow up on the purchase.  Astute sales people understand this and seek to continually expose themselves to the best practices.  They continually work on incorporating the best practices into their routines, repeating them until they become habits.

Astute sales managers do likewise.  They continually expose their sales people to the best practices of the profession and encourage every sales person to improve by methodically incorporating them into their routines.  Those companies that systematically and methodically expose their sales people to the body of knowledge regarding best practices of the sales profession consistently out-perform those who don’t.

It is the path to improvement that the rest of the professional world understands.  It’s time for the sales profession to do likewise.