Where does your business fit in God’s economy? (Wri-Art-Spir-86) 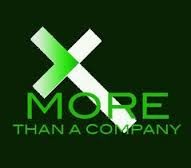 Excerpted from The Good Book on Business by Dave Kahle

It is the early moments of creation. God is busy at work, creating the universe, and has just created his most complex entity: Man. Or, more specifically, the man Adam. He is a special creature, made in the image and likeness of God himself and placed at the very top of the created world.

How will God relate to Adam and his progeny? Will he create some special organization, like a church, and command Adam to worship him? Will he give Adam a family and expect that in the myriad decisions of raising children and getting along with his spouse Adam will seek him out for wisdom and guidance and thereby seek a relationship with God? What will God do with Adam? For what purpose did God create him?

He will give Adam a job. First, a lifetime purpose and then a specific task that contributes to that purpose. Then within the context of that job, God will work with Adam, speak to him, relate to him, and work together with him.

In other words, God created work—and by extension, business—as the venue in which God would speak with man, relate to man, and work with man.

Let us take a look:

Here is Adam’s life purpose: to work the Garden of Eden and take care of it. While the charge is specifically given to Adam, he was the first of the human race and set a precedent for the generations that were to come. In God’s great plan, working and taking care of creation—not just the Garden of Eden—will provide the context for every person’s life purpose. Every man and every woman will have a life purpose that fits within that charge.

Then notice what God did next:

Now the Lord God had formed out of the ground all the wild animals and all the birds in the sky. He brought them to the man to see what he would name them; and whatever the man called each living creature, that was its name. (Gen. 2:19)

He gave Adam a specific task that fit within the general purpose. It is as if he said to Adam, “Adam, your life’s purpose will be to care for and work my creation. That will keep you continually engaged forever, as there will be a never-ending set of tasks that will need to be done. So, let’s begin. Your first job is to name the animals. I’ll help. I’ll bring them to you, and you name them.”

We know that God made man in his own image. There are multiple ways that characteristics of humans mimic those of God. But the first way mentioned in the Bible has to do with work. One of the characteristics of God is that he is a worker. The Bible opens with the story of him working. We see him working at creating the universe and then resting from his work:

And God chose to interact with man in the completion of the task that he gave to him. God worked with Adam to complete the task. His initial venue for relating to mankind was on the job!

It is as if God said to Adam, “Adam, if you want to talk to me and get to know me, the way to do that is to work with me. Let’s work together.”

So, work becomes a foundational building block, not only of the rationale for man’s existence but also as the venue in which God will relate to humanity. In these two passages, we see four fundamental precedents set:

God did not create man only to worship him; he made man to work with him and thus relate to him!

These precedents set in the first moments of creation describe how God has worked with mankind throughout the ages. It doesn’t matter if he is speaking to a people group (like Israel or the church) or if he is directing an individual (like Moses, Joshua, David, Paul, and Lydia). He gives man a charge: it always fits into the fundamental job of “keeping and working God’s creation.” Typically, it is a more specific task. Then he works with man in the completion of that task.

The pattern is repeated so often that it is impossible to miss it. It is a fundamental way that God works with mankind. The apostle Paul makes it clear in his letter to the Ephesians:

For we are God’s handiwork, created in Christ Jesus to do good works, which God prepared in advance for us to do. (Eph. 2:10)

Work—and by extension, business—is so important to God that he has created “works” for each of us to do, and he prepared them way in advance of our being ready to do them. Just as he gave Adam the task of naming the animals and then worked with him on that task, so he gives each of us tasks to do and works with us to do them. It is how he designed his creation to operate.

While we are familiar with these grand movements of God and the great stories that describe them, we have missed one of the underlying truths: that the primary way God works with man is through our labor and the businesses that emerge from it. We have never seen that because we have never looked for it.  The religious establishment, because it chooses to view business as a necessary evil, has had no reason to attempt to uncover the biblical view of business or the incredibly important role it plays in God’s master plan.

If we can look at these Bible verses objectively, it is clear that God created man for work and, by extension, for business!

Excerpted from The Good Book on Business by Dave Kahle

Could your business do more than just make money?