Sales Blitz – A Way to Stir up New Customers 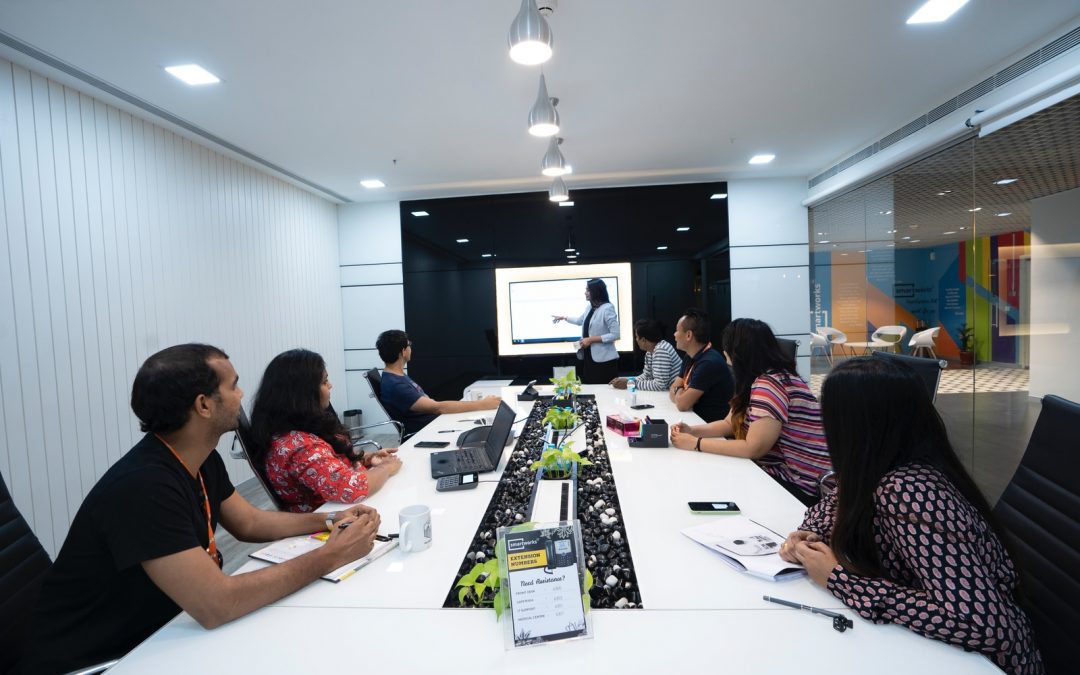 One of the most common complaints I hear from my clients is this: “I can’t seem to motivate the salespeople to call on prospects and develop them into new customers.”

There is a relatively simple, fun, and inexpensive way to remedy this situation.  It’s called a sales blitz.  Unfortunately, few companies are even aware of it, and fewer yet use it.

Most B2B sales efforts are organized around a sales rep who is responsible for a specific set of accounts, or a specific geographical area.  Typically, that rep is expected to grow the business with the current customers, as well as to identify and develop new customers.  Clearly, most salespeople are better at one part of this two-part responsibility than the other.  Usually, developing new customers takes second place in the salesperson’s priorities.  Staying within their comfort zones and focusing on keeping the current customers happy becomes a higher priority on a day-to-day basis.  As a result, few new customers are developed, and sales management is continually frustrated with the company’s poor performance.  Rather than continue beating a dead horse by trying to motivate the sales force to create new customers, one alternative approach is to implement a sales blitz.

It’s an organized effort by the company to focus all of its sales force on a specific task in one specific territory.  The most common task is to identify, qualify, and engage potential new customers.  But, a sales blitz could also be used to quickly communicate some hot new product or service to a market.

A sales blitz has the advantage of focusing the entire sales force on a particular task.  That alone will bring you far greater results than if you’d just left it to each salesperson to do on their own.

But there are some additional fringe benefits.  For example, the preparation for a sales blitz provides you an opportunity to thoroughly train the sales force in one identifiable step in the sales process.  Their competency thus improves.  Additionally, you can usually measure their activities more specifically than normal.  So, they become more competent and confident, and you more knowledgeable in the activities of your sales force.

Here’s an Example of a Sales Blitz

Let’s say that you have a group of eight salespeople who are each expected to build the business with current customers as well as create new ones.  You are continually frustrated with their performance in creating new customers.  Out of the group of eight people, you’re lucky to have one new customer a month.  Since you are not satisfied with this, you decide to do a sales blitz for new customers.

So, you select one geographical area or market segment on which to focus.  In this case, let’s say one of your salespeople has a relatively new territory, so you select that territory as your focus.  You decide that for a period of three days, you are going to pull your entire sales force out of their territories and direct them into the new salesperson’s territory.

You bring them together and explain the project.  Their task is to identify, qualify, and engage as many prospects as possible.  The information gained and the doors opened in the process will then be provided to the territory rep, who will be expected to follow up and turn a significant number of these qualified prospects into customers.

You create a form for each salesperson.  They must collect the information specified on the form from each prospect.  The information could include such basics as the name and title of the key contact person, some information about the account, and a sense of the opportunity for your company.

You then train the sales force in how to do just that one aspect of the sales process – make a cold call, collect some qualifying information, and fill in the form.  You spend a day role-playing and practicing.

Next, you provide them with a list of current customers (off-limits) and a list of potential customers.  You break the group into four teams of two people each, and on the map, outline four different areas for each.  You announce that, at the end of each day, you’ll hold a short meeting.

At that meeting, you’ll recount success stories, share information and tactics that have worked for various team members, and count up the number of contacts made and forms filled out by each team.  The team with the most completed forms will be the day’s winner, and each member of the winning team will be awarded a gift certificate for dinner for him and his spouse.

At this point, you have organized the group’s efforts by identifying the specific job to be done, provided the tools (forms and company literature), trained them in the task, focused them on a particular area, and added some structured time to learn and to be recognized.

On each day of the blitz, you stay in phone contact with each group, encouraging them throughout the course of the day.

At the end of the three days, you will probably have accumulated more prospects for your territory rep to follow up on than he/she would have done on his own in the course of a year or two.

Turn them over to the rep, keep a copy yourself, and watch the progress he/she makes in each account.

What have you accomplished?

A number of powerful things:

1. You’ve created more qualified leads for the territory rep in a few days than he/she would have created on his own in a few years.

2. You’ve created a fun experience for all your reps.

3. Each rep has learned some new skills as they focused on just one part of the sales process and repeated it over and over.  They will be better at creating new customers in their own territory as a result of this learning experience.

Keep in mind that there is nothing new about this approach.  It may be new to you, but it’s a time-tested, proven best practice.  When I was 17 years old, I attained my first sales job working summers for The Jewel Tea Company.  They were using sales blitzes as a regular part of their sales efforts.  I won’t tell you how long ago that was, but you can measure the time duration in decades.

A couple of years ago, when I was working with one of my clients to establish a new sales force, we routinely used sales blitzes, rotating the blitz every other month from one territory to another.  In the first two years, six salespeople created 638 new accounts.

Do’s and Don’ts of Organizing a Sales Blitz:

1. Have a particular task in mind, and make it as simple as possible.  In the example above, the salespeople were to engage a prospective account and fill out a form that indicated whether or not the account was worth the time.  They collected some information and attempted to have an introductory conversation about the company to raise some interest on the part of the account.  So, in other words, the task was a cold call to qualify a prospect.

2. Focus everyone on a specific area or market segment.

3. Equip each person with the tools necessary to accomplish this task.

4. Thoroughly train them.  Even with an experienced sales group, I’d spend at least one-day role-playing, critiquing, and practicing.  Remember, cold calls are probably not the strength of any of your salespeople.  Ignore their protests that they “know how to do it,” and train them as if they were brand new.  You may be surprised at how far many of them have to come in order to be competent at it.

1. Keep it short and sweet.  Three days in my example.

2. Break the group up into pairs or teams, and create a competition among them.

3. Have some kind of daily debriefing.  A half-hour meeting at the end of each day was my choice.

5. Post the results, and follow through on the leads created to make sure that they are not squandered.

A sales blitz, well designed and well managed, can solve one of your company’s biggest shortcomings and spin-off a number of valuable fringe benefits.