The Purpose of a purpose 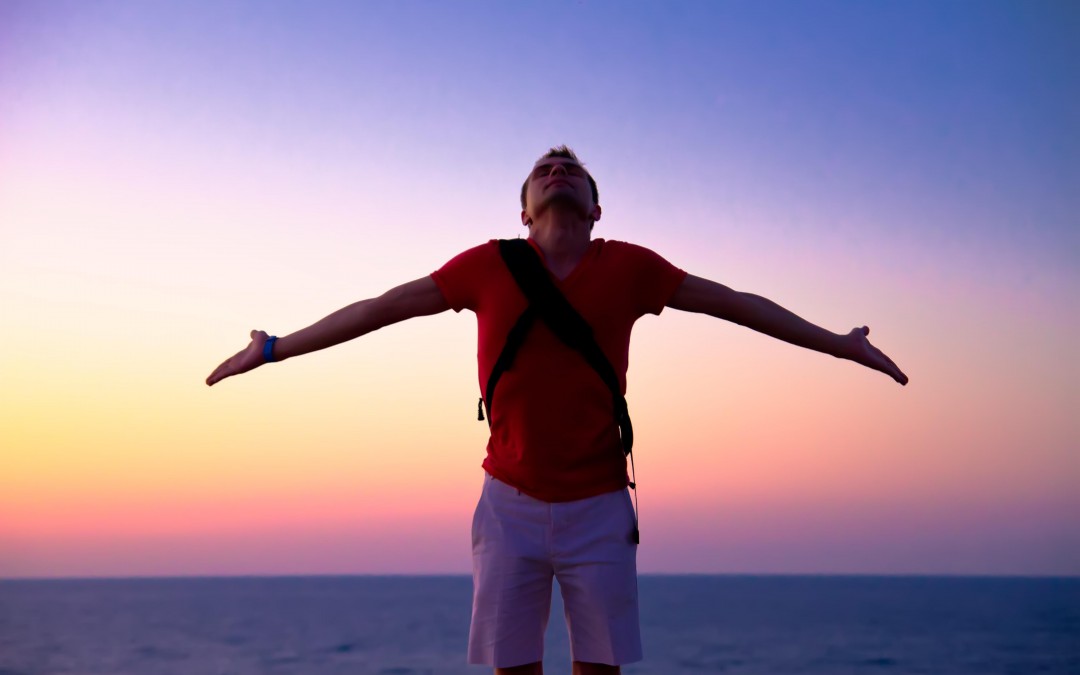 I was up against the wall, with no options. Almost literally between a rock and a hard place.

Here’s the story. I had left a very secure sales position for one of a lot more challenge, and a lot more risk. My new position was the opposite of my previous one in a number of ways.  It paid straight commission, for example, with a draw that lasted only the first six months.  The salespeople bought their own demonstration samples and literature from the company.

I was enticed by the challenge.  Before I accepted the offer, I calculated the amount of existing business in the territory.  I felt that, if I could double the business within the first year, I’d be OK.  After that, any increases would be real increases in my standard of living.

So I took the plunge and went off to New York for six weeks of intense training.  While I was gone, the district sales managers changed, and I had a new boss.  When I returned home from training, I was quickly met by my new district sales manager, who announced that he had rearranged the territories. The territory for which I was hired wasn’t exactly the territory I was actually going to receive.  In fact, the territory I ended up with had only about 30 percent of the existing business on which I was depending.  My livelihood and the health and well-being of my family were in serious jeopardy.

I was outraged.  How could they do this to me?  What kind of a company was this that would treat its employees that way?  I immediately decided that I didn’t want to work for them and began looking for a different job.  However, it only took a few weeks of interviewing for me to realize that I was unemployable.  Most people with whom I interviewed viewed my quick desire to leave as a weakness in me, not a flaw in my company.

One thing led to another and, after six months, I owed the company $10,000 (a lot of money then), my draw was finished, and I had few prospects for finding another job.  There I was, between a rock and a hard place!

I grew bitter and angry about my situation.  How could they do this to me?  My attitude influenced my behavior, and I found it almost impossible to sell the product. My bitterness grew and morphed into depression.  There was no hope.

If I hadn’t had a sense of purpose – a faith in something larger and a responsibility for more than just me – I would have given up.  But, as a Christian, I had a belief that God had something bigger in mind for me, that this was only a temporary stumbling block on a journey.  As a father, I had a responsibility to support a family.  In other words, I had a purpose.

That purpose meant that I couldn’t give up. Then I had a realization.  I finally saw, in a moment of blinding clarity, that my situation was pretty much my own doing.  It wasn’t them, it was me!

Yes, they had done a nasty deed to me.  Yes, I had been dealt with unfairly.  However, it was still a great product, and the opportunity was still substantial.  The reason I wasn’t selling anything was me!  It was my bitterness, my depression, and my negative attitude that was influencing my behavior and thus my results.

The realization of my personal responsibility was like a great weight off my shoulders.  If the problem was me, I could do something about it!  I was once again in a situation where I could influence the world around me and impact my life.  I was no longer a victim, depressed under the unjust weight of someone else’s actions.

Since the problem was me, the power to do something was also in me! I saw the problem as having two dimensions:  First, at the level of my job and my day-to-day activities, I needed to change my attitude and become more positive.

But there was also a deeper dimension.  I was a Christian, convinced of the power of God to work in my life. Yet I sure wasn’t living that conviction out.  If I really thought that “all things work together for good for those that love the Lord,”   than my attitude and behavior was not reflecting that. I needed an adjustment in my spiritual life.

So, I decided to attack the problem (me) on both levels. If I could do away with my bitterness and negativity, I could be more effective.  I needed to stop thinking so negatively and to change my attitude. From the spiritual point of view, if I could strengthen my relationship with God, and somehow channel some of His power into my attitude and my job, I could impact my thoughts, my attitude, and my results.

I reasoned that I needed to put positive, confident thoughts into my head.  If I could fill my head with positive thoughts, I’d gradually be able to change my negative attitude.

At the time, I was living on the outskirts of my territory, and I had a daily 45-minute drive into the metropolitan Detroit area on Interstate 96. I decided to make use of that 45 minutes every morning to put positive thoughts into my head.

I spent an evening finding powerful, positive promises in the Bible, as well as some other sources, and wrote them on 3″ X 5″ cards.  Then, each morning, I’d hold the 3″ X 5″ cards in front of me on the steering wheel, and flip through them over and over — reading them repetitively as I drove into the city.  One such quote, for example, was this:

“If God is with you, who can be against you?”

Over the next few months, my bitterness and resentment melted away, and I become calmer and more confident.  As I bathed my mind in positive, confident ideas, I discovered my attitude gradually changing.  And that attitude adjustment caused a real change in my behavior.  I began to succeed.

In six months I was able to pay off the debt, and I began making more money than I had imagined possible.  What was an absolutely hopeless and miserable situation changed into one of the most financially rewarding, satisfying experiences of my life. Not only was I out of the miserable situation I had been in, but I discovered a level of peace of mind and spiritual awareness that I had not previously known.

The change in my circumstances had its inception in my sense of purpose.  I certainly am not alone in that.  Research has shown that people with a sense of purpose live longer, and have fewer incidents of heart disease and stroke.  Those without a clear realization of their purpose are more prone to suicidal thoughts, substance and alcohol abuse, and depression.

What does that have to do with sales?  I can’t conceive of effectively performing as a sales person without a clear sense of purpose that is bigger than just the next sale.  All the decisions that have to be made, the personal rejection, the self-management to push yourself out of bed in the morning, and to motivate yourself to drive that extra 20 miles to make one more call – all of that becomes immensely difficult when you see the job as just a means of making money. When you see the job as a step toward fulfilling a larger purpose, it all becomes more meaningful, and more easily managed.

And, that’s the purpose of a purpose.

Adapted from “The Heart of a Christian Salesperson” by Dave Kahle, 2014, Tate Publishing.