7 Ways to Build Rapport with Anyone 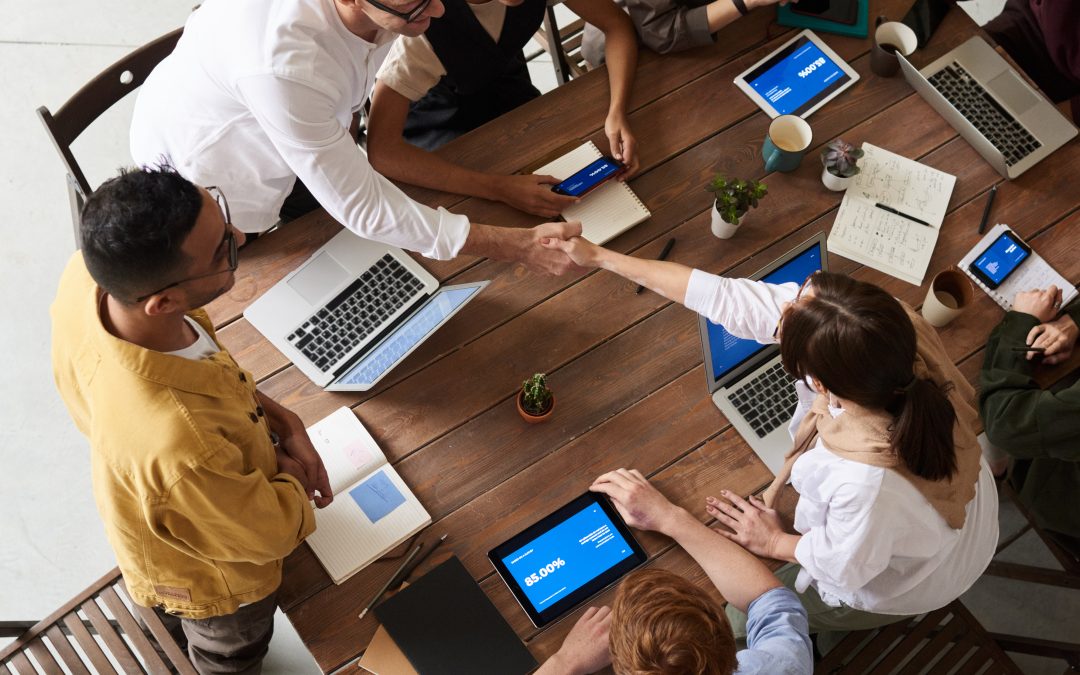 Building rapport with customers is a fundamental sales skill.  Yet, few salespeople have been trained in the specific tactics to facilitate this. Here are seven ways to build rapport with anyone.

So it is when two people interact with each other.  Rapport, like lubricating oil, reduces the friction and makes the interaction work smoother.  For a sales person, creating rapport with any human being is an essential step that enables the customer to feel comfortable, and leads to a much more effective sales interaction.  The best sales people create rapport with everyone.

Rapport:  An emotional bond or friendly relationship between people based on mutual liking, trust and a sense that they understand and share each other’s concerns.

Fortunately, creating that sense of understanding and mutual trust is a skill which has been studied through the ages.  Here are seven proven ways to build rapport with anyone.

1. Pay attention to your appearance to build rapport

People will form an impression of you, based on how you look, before they even say hello to you.  Your appearance, then, should be designed to help you look confident and competent – whatever that means in your market.  At a minimum, that means clothes clean and pressed, shoes shined and hair cut.

Your attire should help you connect with the customer — not separate you from him.  For example, if you are calling on production supervisors, you shouldn’t wear a suit and tie, as that will separate you from them and generate a bit of discomfort in them.

The best rule I’ve seen is this:  Dress like your customer, only a little better.  On several occasions, I have worked with sales forces who sold to farmers.  Blue jeans and flannel shirts are OK, as long as they are clean and pressed blue jeans, and a better quality flannel shirt.

But what if you call on several different types of customers in the same day?  One sales person shared his approach to this problem.  He wore gray slacks, a blue button-down collar shirt, and a navy blazer.  When he called on managers and executives, he dressed it up by putting on a tie.  And, when he called on people who weren’t in the executive suite, he dressed it down by removing the blazer and the tie.

2. Try an occasional bit of disarming honesty to build rapport

In routine interchanges, say something that the customer is not expecting. For example, when he says, “How are you?” instead of the perfunctory “Fine,” try something like this: “Honestly, my day didn’t get off to a good start.  One of the kids was sick this morning, and I was a half hour late getting out of the house.  How are you?”

It’s disarming because it was unexpected.  And, it’s honest, reveals something about you, and describes a situation to which almost everyone can relate. A good way to build rapport.

If you are one of those people who can make most people laugh most of the time, then you are equipped with a powerful rapport-building asset.  There is something about laughing together that breaks down some of the barriers between people and removes some of the tension.  It’s a great way to build rapport.

If you are not one of those people so gifted, then it’s better to stay away from this.  Telling a joke that nobody gets, or having a glib comment being seen as sarcastic or caustic is NOT a good way to build rapport.

4. Use a sincere compliment to build rapport

Everyone likes to be complimented.  When you sincerely compliment a customer (or his company), you communicate that you are interested in him/her, that you have noticed something they do that stands out, and that you aren’t afraid to say something complimentary.  Those are all good things.

Not so long ago, I entered a prospect’s office building for the first time.  The lobby was quite dramatic, with a two story atrium, and a soaring piece of sculpture.  When he came down to meet me, I immediately told him that the lobby was very impressive, and that I felt very comfortable and a bit inspired because of it.  We chatted for a few minutes about it and I then followed him to his office, having achieved some rapport.

A perceptive question, asked with sincerity, does everything that a compliment does and then some.  When the compliment doesn’t call for any response from the customer, a question does.  If done correctly, it can initiate the conversation and help the customer feel like you are interested and care about him.

In the previous situation, for example, I could have said, “Was it designed to create that kind of feeling?”

If you have something in common with the customer, mention it.  You don’t have to beat it to death, just mention it.  When the customer discovers that you both know the same person, went to the same school, vacationed in the same place, or belong to the same organization, he realizes that you are alike in some ways.  It’s easier to do business with someone who is like you.

It doesn’t have to be a major digression, but a short story about something personal is a great rapport builder.  Something like this:

“Boy, I had a hard time getting here on time.  I must have run over some glass or something sharp, because about halfway here, my right front tire went flat.  It took me a while to change it.  Glad I made it on time.”

That’s short, it’s personal, and it’s a bit transparent because it reveals something about you, as a human being.  And, it’s something to which everyone can relate.

Building rapport is a science with proven practices and tactics.  Use any of these techniques and watch your ability to create rapport improve, and thereby smooth out the way to more sales.