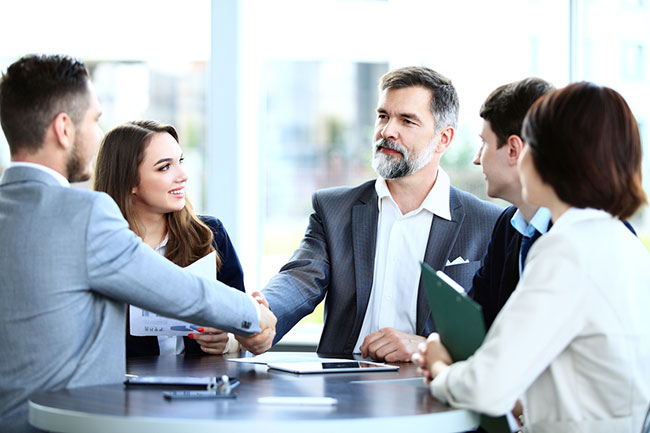 Every sales organization, and every sales process, begins with identifying a group of suspects.  Suspects are people and organizations you suspect may one day do business with you.  They aren’t yet prospects, because you don’t know if they have a legitimate need for what you sell, or if they can make the decision and buy your product or service.  That determination comes later.

But in order to get a group of prospects, you must begin with a list of suspects.  Here are eight ways to acquire such a list.

This is the information age, and lists are available for almost every conceivable set of characteristics. For example, I could, this afternoon, contact a list broker, ask for a list of names, addresses, phone numbers, size of business in numbers of employees, and email addresses for manufacturers (or any one of a couple of hundred classifications) within a set of telephone area codes.  I could have that downloaded to my computer by the end of the day.

Information selling is now a major industry in this country and there are lots of providers.  Just do a Google search on “list brokers” and find a couple with which to work.  You’ll be amazed at what information you can purchase.

2. Get Referrals From Current Customers

Probably the best way to meet a prospect for the first time is to be introduced by someone you both know and respect.  Before that can happen, you need to get the name and details for the person who you want to meet.  That means you must ask your current customers for referrals.

The best way to do this is to visit your customers face-to-face, have a conversation about your products/services and their satisfaction with them, and then ask them specific questions to generate lists of names. For example, don’t ask, “Who do you know….”, instead, ask, “Who is one of your vendors who could use our service?”, Or, “Which one or two people in your committee would be possible candidates?”  By asking a series of specific questions instead of general ones, you’ll direct their thinking in more productive routes, and acquire more referrals.

3. Rub Shoulders with Groups of Suspects

If you have precisely defined your target markets, then you should spend some time thinking and researching this question, “Where do groups of them go?”  The answers can vary from trade fairs, association meetings, to other suppliers.  The most unusual answer to this was from a client who sold reference books to lawyers.  In order to meet them, he discovered that many of them would frequent a local pub on Fridays.  He then made it a practice to show up and rub shoulders them, meeting them in a social situation.

If you can identify where they go, then you can see about getting a list of them from someone who organizes or administers that event or meeting place. Or, you can just show up and collect business cards.

4. Advertise in Publications and Websites Your Suspects View

There is a reason why advertising has been around for so long.  One way to collect lists of suspects is to advertise in the publications or websites they view, offer something free or inexpensive, and collect the names and details.

The people who respond to the ads move themselves one step closer to being prospects in that they, by responding, show they have an interest in what you offer, and are willing to take action.

5. Partner with Someone Else Who Sells Something Compatible to Suspects

The key here is “compatible.”  Again, if you have done a thorough job of describing what the ideal suspect looks like, you can then ask, “What else do they buy?” Or, “With who else do they do business?”  That should lead you to some companies and eventually people who may have a vested interest in sharing their lists with you in exchange for something of value from you.

6. Take a Survey or Send a Newsletter to a Larger List of Suspects

If you want to find “sales managers of medium sized insurance agencies who supervise six or more sales people” for example, you could take a survey of all insurance agencies, or send them a newsletter, with an opportunity for the sales managers to respond to something that is suitable for them.  Those who respond, if you do this well, identify themselves as being in the category you want.

By holding a free or inexpensive seminar, you engage with people who are interested in your subject and show themselves as willing to invest time and money. This has the added benefit that you position yourself as a valuable source of information as well.

8. Use Social Media to Unearth Suspects

LinkedIn, Facebook, and the slew of other similar sites offer opportunities to join groups of them, and to identify those who meet your criteria.  You can use any or all of these means to collect a beginning list of suspects.

Keep in mind that a suspect list is never finished.  It’s not an event you take care of one time.  Rather, it is an on-going process that never ends.  You are constantly investing time and energy in assembling that list of suspects.

If you do a good job at this step, identifying suspects, it makes everything else that much easier.