Are our beliefs stunting our businesses? 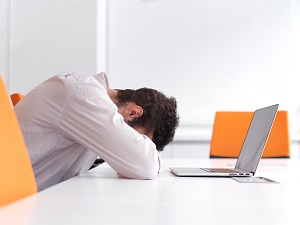 “For my whole life, I was led to believe that we were the richest country on earth.  Now, I see that we are the poorest.  It’s like my whole life has been wasted.”

This comment comes from John, the 80-year old father of one of our Albanian foster children, who was visiting the USA and our home for the first time in his life. He had lived his whole life under the communist government of Albania – one of the most oppressive in the world — and was now venturing out of the country for the first time. We couldn’t help but feel for him.  He had been led to believe a lie, and that belief shaped his actions and his attitudes, and organized his life.  Now, at an age where there was little to be done about it, he regretted his life lived in accordance with a belief that turned out to be false.

While not nearly as poignant and heart-breaking as John’s experience, we all allow the same thing – false beliefs – to impact our thinking and therefore, our businesses and our lives.

For the past 30 years, I have served as a sales consultant, trainer, and speaker.  I have worked with at least 459 businesses and served thousands of others in seminars and speaking engagements. In all of this experience in the trenches, I’ve made some observations about what it takes to build a successful, thriving business – and what hinders the growth of those businesses who have the potential for great things, but languish in mediocrity.

The world is full of businesses who have the potential to become more – make more money, influence more people, do more good, impact more lives – but never do.  They remain stunted in their growth. The cause is not the lack of good people, effective systems or sufficient capital – all these are symptoms of a deeper problem.  The cause is the set of false beliefs held by the folks at the top.  They believe something about their business that hinders their thinking, shapes their attitudes, impacts their emotions, and ultimately leads to actions that stunt the growth of the business.

There are a number of commonly-held, powerful beliefs that stunt the growth of businesses.  Here’s just one:  Business is just about making money.

The most powerful false ideas have a bit of truth within them. This one does too.  It is true that business is about making money.  But, it is not JUST about making money.  In my research for The Good Book on Business, I uncovered a number of powerful functions of a business.  Here’s a small sample of some of the elements of a successful business – that which I call a Biblical business in the book.  Among other things, a successful business:

When a business — led by its owners and executives —  focuses just on making money, they naturally neglect the other components of a successful business.  Why would you spend money on training and developing your people, for example, when you see the money that it takes to do that as a cost, not an investment?  Why would you organize a community outreach when you can’t put a dollar figure to the return on investment for that effort?  Why would you invest in raising up a new generation of leaders when you are concerned with the quarterly P&L?

The simple act of focusing on one thing leads us to neglect other things. Those businesses who just focus on making money neglect other things which are just as important.  This is particularly poignant when the thing that we focus on is fueled by a false belief.  Sooner or later it catches up with us.

Here’s what happens.  For a while, the business grows and revenues increase.  Life is good, and the company makes money. But then, things get difficult. What typically happens is some combination of this menu of success-stunters

From the perspective of the business owner who is hindered by the false belief, these are all unrelated events that occur due to misfortune.  From my perspective, these are not unrelated, but rather the inevitable consequences of a false belief expressed in the actions and attitudes of the owners and executives.

Money-driven businesses eventually implode over time.  They inevitably plateau, and often shrink.  Their growth is stunted, and they never achieve the heights to which they could have.   The root cause is not fate or misfortunate, but the false beliefs of the principals.

If you find yourself influenced by this false belief, you must change it.  One of the greatest principles of self-improvement is this:  Your thoughts dictate your actions and your attitudes, and you can change your thoughts.

The Apostle Paul, writing to the Christians in Rome, said this:

To change your thinking, change the input.  Poor John, my Albanian friend, lived a life where all the input he received was deceitful propaganda by a manipulative, malevolent government.  He never had a chance to see things differently.

Surround yourself with business people who have a broader view of business.  Interact with folks who think differently. Expose yourself to writers and thinkers who hold a wider view.  The Good Book on Business is a great starting point.  Follow people on social media who espouse a more holistic view of business. Read the blogs, review the articles, listen to the podcasts.

As you expose yourself to a different set of influencers, you’ll find that you begin to think differently.  And when you think differently, those thoughts will influence your attitudes and actions.  You’ll begin to see your business differently, and you’ll gradually unleash it from the ideas that hinder it and stunt its growth.         You’ll avoid the end-of-life lament that John shared.  You won’t say, “My whole life has been wasted.”