4 Steps to Turn Failure into Growth 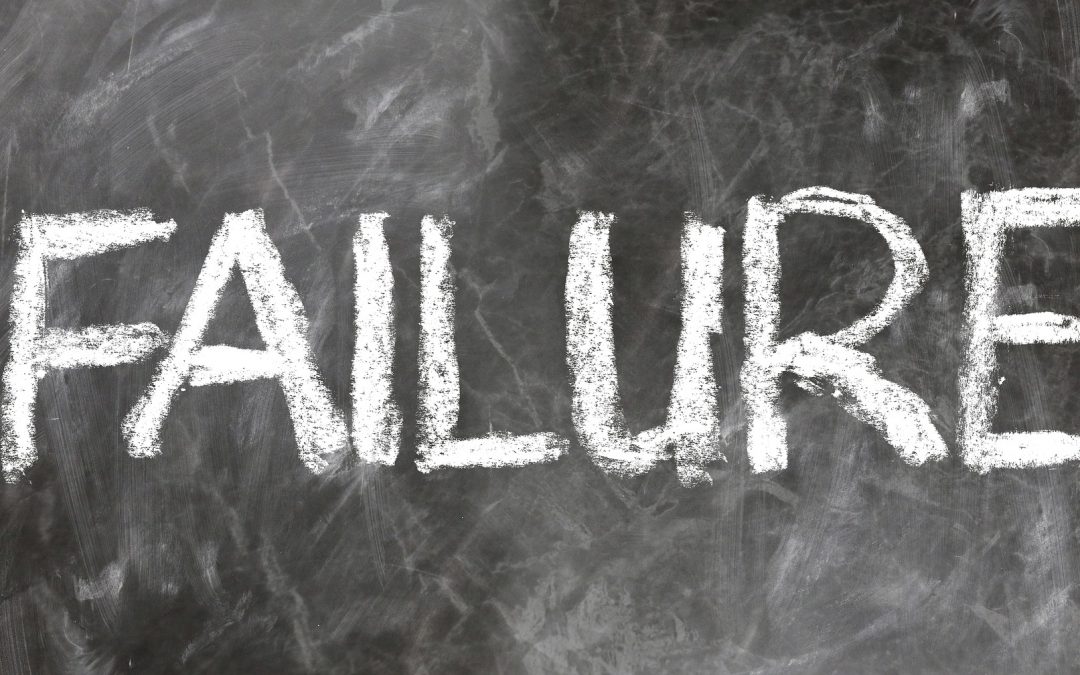 How can failure be good? Remember John Delorean?  He was the superstar General Motors executive who started the Delorean Motor Company.  When the company began to falter, he was arrested and charged with complicity in a drug deal that some speculated was an attempt to raise money to prop up the company.

All of this was big news in Detroit, where I was living at the time. One particularly insightful article in the Detroit News theorized that he had been supremely successful his whole life, and thus never learned to deal with failure. His development was stunted by a lack of failure in his life.  Faced with the pending failure of his auto company, he had nothing to lean upon and lost his moral compass.  A long string of successes had not developed his character.

Perhaps.  There is one thing for certain, regardless of the individual circumstances for Mr. DeLorean.  If we chose to, we learn more from our failures than we do from our successes.  Within every failure, there is the seed of a lesson well learned, of a solid character trait emerging. It is our failures that contribute most intensely to our development.

To this day, I can recall with vivid detail the events of my most humiliating failure as a salesperson.  It was early in my career, about three decades ago, and I had made the mistake of speaking badly about the competition to a customer.  The customer was a personal friend of the competitive salesperson and was personally affronted by my comment. The dressing down that I received at the hands of that customer remains painfully with me today.  I don’t believe that I have ever made that mistake since.

Which is one of my points.  Our failures are often far more intensely painful than the corresponding highs we get when we succeed.  Since the pain is far more intense, the lessons stay with us.  Or, they should, if we recognize the part that our behavior played in the failure.

Recognizing: What We Can Learn From Our Failures

That’s a key part of learning from our failures:  recognizing the role that we played in bringing them about.  Of course, sometimes we are hapless and innocent victims of chance or someone else’s misbehavior.  But more often than not, we had a hand in the development of the sequence of events which resulted in a painful loss to us.

Remember Detective Sipowitz in the TV show “NYPD Blue?”  In one episode, at the scene of a murder, he cynically remarked that “There are no victims.”  In other words, the victim was in some way partially responsible for his own demise.  Of course that is not true for every event, but in a sober reflection of my life, which is the only thing I know well enough about which to make this kind of judgment, I find it to be true more often than not. Maybe, almost every time.

In other words, in almost every career and personal failure in my life, I was, at least in part, a contributor to the chaos that erupted. Once I realize that I am not a victim but a partial contributor, then the way is clear for me to assess my role in that, and to determine never to make that mistake again.

As long as I refuse to acknowledge my role, then I remain a helpless victim, forever chained to the negative consequences of the failure, and powerless to do anything about it.

Failure then, when our attitude is right, provides fertile ground for the sewing of life lessons which often sprout into solid character traits. In many ways, we become that which we learned from our failures. Show me a man of solid, substantial character, and I’ll show you someone with a list of failures in his background.

Failure humbles us.  That is one specific character trait that often sprouts from the fertile ground of multiple failures.  It is hard to remain proud or arrogant when faced with the truth of several failures.

Maybe that’s why the most common defense trait of proud people is denial.  One of the most arrogant people I have ever dealt with spent most of his time denying his culpability in even the smallest business errors.  Quick to point out errors in his customers, he never once said, “I’m sorry. It’s our fault.”  His arrogance, untouched by the reality that he kept at arms length, grew so insufferable that we could no longer stand to do business with him.

While no one should strive to fail, if we look at every instance of our own failures as opportunities to learn and grow, and if we objectively search to identify our role in that failure, we’ll come out of each better and stronger.

Turn Failure into Growth by:

Using this simple process you’ll be able to turn even your most intense failures into stepping stones for your growth and development.