The Discipline of Rational Thinking: Part Seven of The Navigating Complexity Series 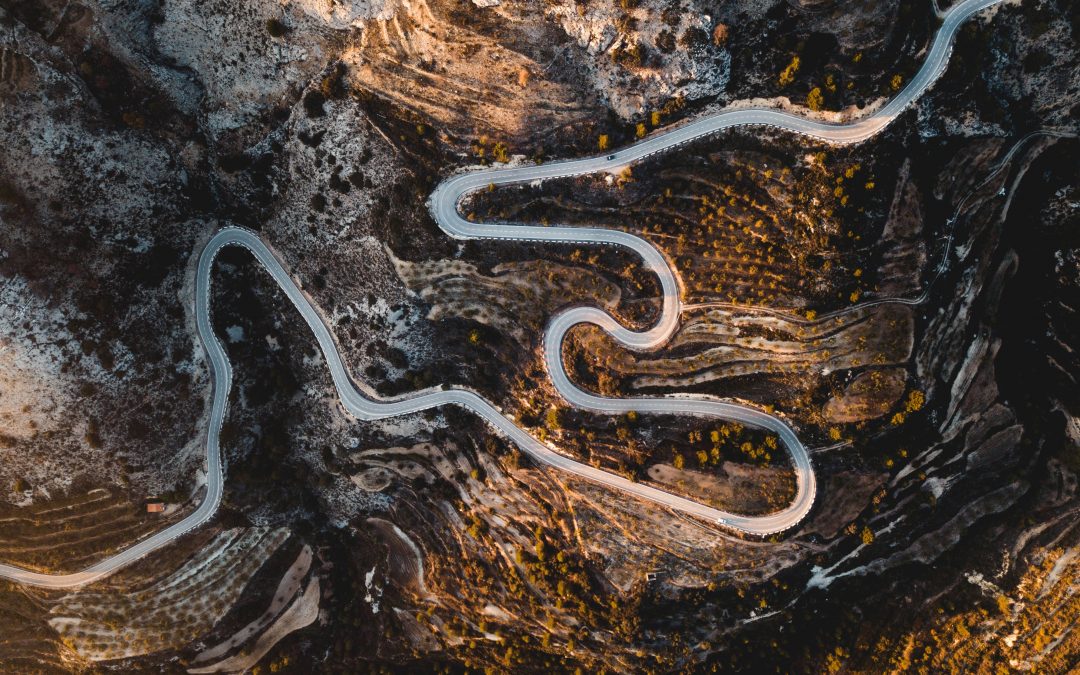 Navigating your way through complexity in a rapidly changing, information-saturated world

We all know that we find ourselves in an incredibly turbulent, complex, rapidly changing, and information-saturated world. Intuitively, we understand that our ability to navigate these turbulent waters is the single biggest challenge we will face for the balance of our careers.

Because these times are unprecedented, we need to intentionally create some mechanisms to help us.  If we’re smart and intentional, we can build some routines, attitudes, and competencies into our personal lives and into our business culture that will help us to survive and thrive, even in these unprecedented times.

In earlier articles in this series, I proposed we intentionally build ‘sails’ into our routines – those habits, attitudes, and processes that power us forward. At the same time, we focus on energy and forward movement, we need to intentionally build ‘keels’ into our lives and corporate cultures.  Keels are those principles, practices, and beliefs that hold us down and keep us on course. Like the sails and keel on a sailboat, the dynamic tension between these two opposing forces empowers us to act at our optimum.

So far, we have examined these sails:

We’ve also looked at these keels:

It’s time for our next keel:  The discipline of rational thinking.

Let’s begin by defining our terms.  Here are some definitions from the Oxford Dictionary:

Rational –– based on or in accordance with reason or logic.

Thinking — the process of using one’s mind to consider or reason about something.

Rational Thinking – according to Ted Wrigley, writing in Quora, ”rationality is a filtering process in which we try to weed out what is ephemeral, inconsistent, changeable,           unfounded, contradictory, or in any other way overly dependent on the momentary states of inner or outer experience. “

Rational thinking is one of the processes that separates humans from animals. Chimpanzees don’t think rationally – people do.  At least we can, should we choose to.  The problem is that we often don’t choose to.  In one sense, the use of rational thinking is an indication of the degree to which we, as a species, have elevated ourselves and become more civilized.

Many of the most tragic moments in the history of mankind have come when we have made decisions emotionally or without rational thinking.  I’m thinking of the Salem Witch Trials, as one of the countless examples, where rationality was neglected, and the lives of dozens of people were taken irrationally.

Today, we see the same phenomena in the ‘woke’ movement, and among those who scream ‘racist’ at everyone, they disagree with.  A bit of rational thinking would call for some evidence before jumping to such an irrational conclusion.  But as Bertrand Russel once observed:

“Most people would rather die than think.  In fact, they do.”

The aftermath of our irrational actions often leaves great injustice and a deep sense of guilt.  In the Salem Witch Trials, the lives of several innocent young women were taken from them, and I suspect that those who chose to act irrationally lived to deeply regret their actions.

Rational thinking may mark the high point in our development as a species, and the lack of it often points to the low points.  Shrugging off the discipline of rational thinking in favor of emotional, mob-influenced actions is taking a step backward in mankind’s development to the middle ages.

What is true for mankind, in general, is also true for each of us individually, as well as the organizations over which we have some influence.

There is something attractive about an organization that has managed to instill rational thinking as a major component of its culture. They inevitably become more successful than their competitors.  Author Ben Heirs once remarked:

“The one feature that all the most successful organizations I have been concerned with have shared is, quite simply, the ability to think better than their rivals.”

Certain formal business processes have evolved that encourage rational thinking:  The development of values, mission, and vision statements, for example, call on employees and stakeholders to operate rationally, using those guidelines to harness and direct their behavior.  SWOT Analysis, for example, as well as strategic planning exercises promote the same kind of rational thinking.

The existence of these kinds of processes within an organization’s culture is often an indicator of how well rational thinking is regarded within that organization.  Those organizations who haven’t built rational thinking into their culture often default to decision-by-impulse, and those impulses often originate in the head of the entrepreneur or CEO, or those who have been delegated authority.   While it might feel good to have such power, it inevitably leads to bad decisions and regret.

The same is true for individuals.  As we negotiate the twists and turns of our lives, rational thinking can be a game-changing attribute of the most successful among us.

My wife spent years as a crisis counselor.  She often remarked that she would see the same people over and over again.  You’d think that the very definition of ‘crises would imply a relatively isolated occurrence.  But, these people, who hadn’t learned to think rationally, found themselves lurching from one irrationally induced behavior to another, with the negative consequences and guilt trailing behind.

On the other hand, we all know people who have a relatively successful, settled, and happy existence because they have made good decisions along the way. And the one thing those good decisions have in common is the use of rational thinking to guide them. This isn’t an aberration, but rather the expected outcomes of a disciplined process.

“The function of reflective thought is, therefore, to transform a situation in which there is experienced obscurity, doubt, conflict, disturbance of some sort, into a situation that is clear, coherent, settled, harmonious.”

Rational thinking is a ‘keel’’ because it holds our baser impulses in check.  It prevents us from doing something that will most likely bring negative consequences and intense regret.  It prevents us from acting or reacting emotionally or, frankly, stupidly. As such, it is one of those habits, attitudes, and characteristics that will serve us well as we navigate through our complex, rapidly changing, information-saturated world.

Get all the sails and keels in one place with the FREE E-book. 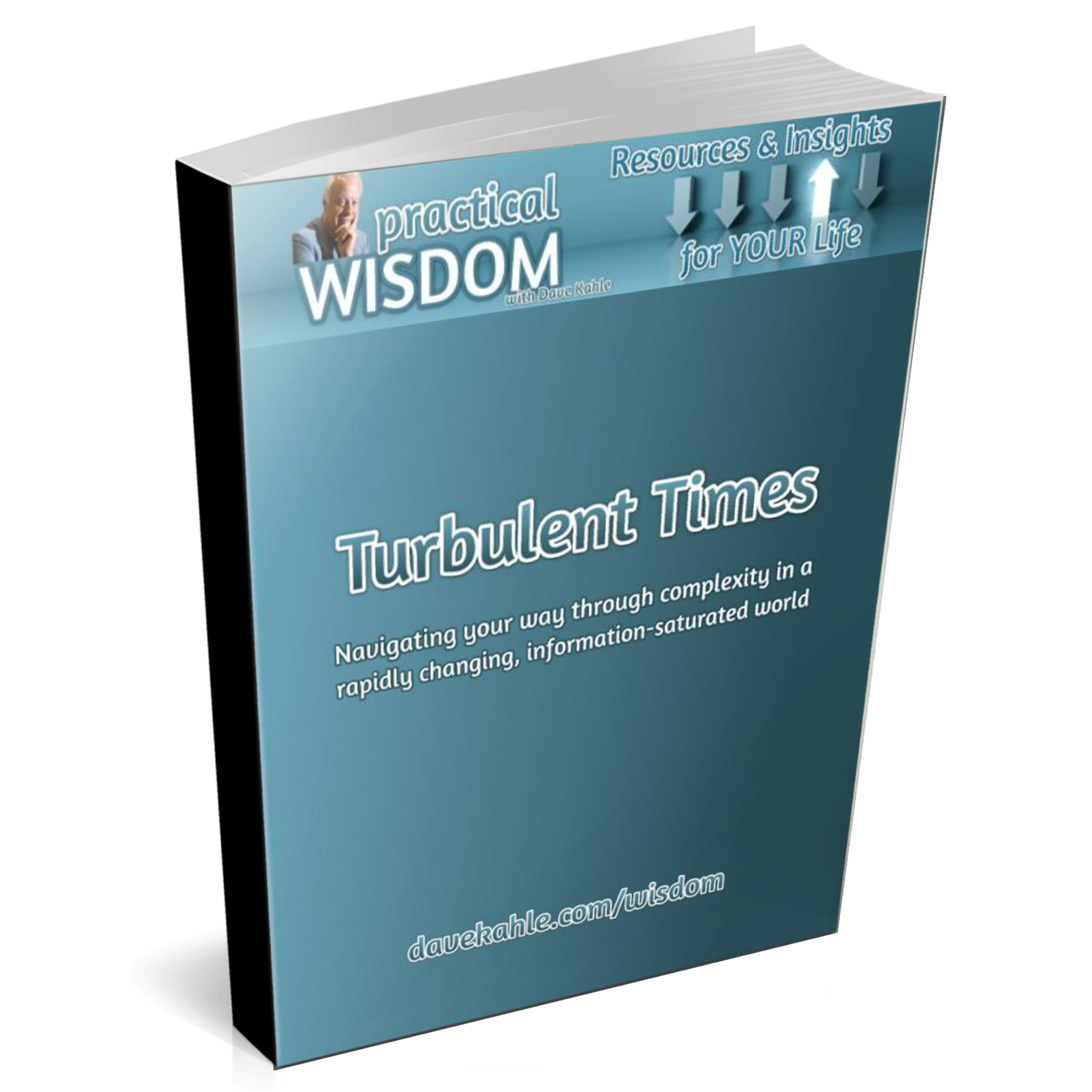