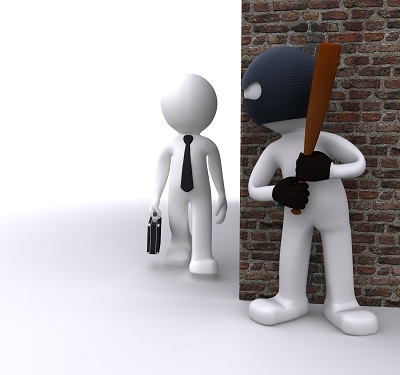 Our president recently suggested that we penalize the sales people for not meeting their goals by taking commissions away from them. Do you have any thoughts?

Wow.  My initial reaction is that it sounds so harsh.  Put that way, and you are liable to lose 90 percent of your sales force, just on the principle of it.

But, let’s spend some time thinking about this, as it is more complex than it appears.

If you mean that you want to take back money that you have already paid, I can’t imagine that you could, or would do that.  So, for example, you paid a salesperson $20,000 in commissions during the year, along with a salary, and now, at the end of the year, you are saying that you are penalizing him for not making goals, and “Please give us $2,000 back?”

My guess is that is illegal.  I certainly do not recommend it.  As an employer, you are expected to take some risks with every employee.  The $20,000 that you paid the salesperson was paid.  It’s his, not yours.

So, that’s probably not what you meant.  Maybe this is the scenario:  You have set up a salary and commission program.  Let’s say the commissions are four percent of sales, paid on every dollar of sales.  The salesperson has a goal to do $500,000 in sales.  He actually does $400,000.  The next year, you reduce his commission rate to three percent of sales, thus “penalizing” him for not meeting his goals.

That protects your risk but also gives the salesperson an incentive.

In general, I believe it is your responsibility, as the employer, to assume the risk of a salesperson that underperforms.

Rather than attempt to take money away from him, I’d rather see you work with him to help him become successful.

Often the reasons for an underperforming salesperson belong to others as well as the salesperson.  Generally, there are things that you could have and should have done to encourage his/her success that you may not have.  For example, did you train that person in the fundamental competencies of field sales?  Has he been schooled in time management, and in making effective decisions about the investment of his sales time? Or have you expected that he’ll pull these sophisticated practices out of thin air?

Have you taught him how to create relationships and rapport with everyone?  Or, have you expected that he’ll just gain those sophisticated skills by osmosis?

Have you instructed him in the intricacies of asking effective questions, listening constructively and methodically uncovering the customer’s deeper issues?  Or have you just assumed that he will magically acquire these essential skills?

Have you taught him the finer points of closing sales, handling objections and resolving customer’s concerns?  Have you showed him how to make a persuasive presentation and craft a powerful proposal?

You see where I’m going with this.  You cannot expect someone to do something if you have not shown him how to do it. Ninety-five percent of the field salespeople in the world have never been shown the best practices of their profession.  Under those circumstances, isn’t it arrogant to penalize the salesperson for not doing what you have not trained him to do?

So, first, look at yourself and rectify the contributions you have made to his lack of success. Then, if he cannot meet your expectations, terminate him from that position, and search for someone more suitable.

There is one place where I think it is legitimate to reduce or deduct something for the sales person’s commission.  That is in the case of a sale wherein the commissions are paid, and then the invoice is not paid by the customer.  In that case, I think it is perfectly appropriate to reduce the sales person’s commissions by the amount that you have already paid him for the sale that, in reality, didn’t happen.  That’s different than charging him some of the costs for the inventory that was shipped, etc.  I’m only talking about the sales commissions he was paid on that sale.