Sales Leader’s Q&A: Salesperson who paints the company in a bad light. 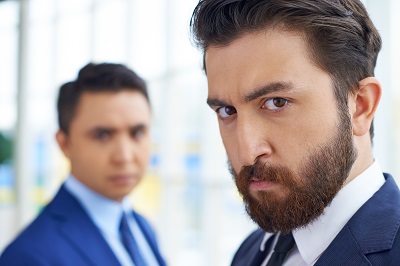 Incredible!  I’m not sure where some sales people get some of their ideas. This is an example of one of the worst ideas floating around the ranks of sales people.  Unfortunately, it is not that uncommon.  I come across it frequently.

Specifically, it is the idea that some sales people have that, in order to make themselves more valuable to their customers, they have to make their companies seem less competent, so that they, the sales people, will be the guys who get the company to do what the customers want.  Without the sales person, the customer would be in a real pickle because the company is so incompetent.

This is a poor decision on the part of the sales person, and completely unacceptable from the company’s perspective. In other words, that is a stupid idea.  (I’m trying to be kind, here.)

It’s a poor decision on the part of the sales person because any attempt to make someone else look bad, whether it is a competitor or your own company, always ends up making you look bad.  The customers are not ignorant.  It doesn’t take a whole lot of discernment to understand that the sales person, by casting the company in a poor light, is really showing poor character, immaturity, stunted ethics, and lack of judgment.  I suspect that this sales person’s sales could be larger than they are, but are being hindered by his/her customers’ lack of respect for that sales person.

It’s a poor decision on the part of the sales person because it is unethical and immoral.  Regardless of the impact on the customer, the company, or the sales person, behavior like this is wrong.  Empirically, categorically wrong.

There is a right and wrong in the world and there are behaviors that are just wrong.  This is one of them.

So, from the perspective of the sales person, this behavior is stupid as well as unethical.

From the company’s point of view, this behavior is completely unacceptable.  Would you allow a customer service representative to badmouth the company?  Would you close your eyes to a driver who used his/her customer contacts to paint a negative picture of the company?  I suspect not.  Why would you then accept this kind of behavior from a sales person?  Ultimately, one of your company’s richest assets is the composite strength and depth of your employees’ character.

This sales representative has exhibited behavior that indicates an immature and twisted character.

Your question was, “What would I suggest…”  My answer is, “Terminate this person at the earliest opportunity.”

Next time I’ll let you know exactly what I think!