Can your Business become a Spiritual Juggernaut? 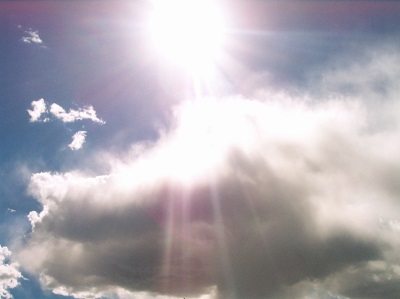 Adapted from The Good Book on Business by Dave Kahle

In the Old Testament, we noted that businesses took on spiritual significance.  In the beginning, God created work, and by extension, business, as the venue in which he would interact with mankind.  We saw that the command to be circumcised was left in the hands of the business people. We saw that business and the marketplace were the places where spiritual gifts were exercised. And, we saw that God chose business people to lead almost every major movement of His people.

The church was born on the holy day of Pentecost after Christ’s resurrection with a major event in Jerusalem. The Bible indicates that over 3,000 Jews were converted and baptized in that first day.  After a period of solidification, the church was ready for the next step – going off into the world and making disciples of every nation.

It was at this point that the primacy of business in God’s strategy becomes apparent.  He uses the business — which was already an entity that provided physical sustenance, prosperity, a sense of identity and a set of relationships – as the cellular unit of the infant church.

First, we witness a phenomenon which set the stage for the pattern that continued through the early days of the church – the head of the business believing, and the whole organization then following that lead — God working through businesses to achieve his purpose.

But God had other plans and signaled his intentions via a prophecy. Here’s the story.  As Peter was traveling, he stopped in an inn to get something to eat and rest a bit.  There, he fell into a trance, and saw of vision. As he is pondering the meaning of it, some other visitors arrive.  They are emissaries from Cornelius, a Roman Centurion, who lived in the area.  Before this, Peter, and all the Jewish apostles would have been extremely reluctant to speak to a gentile, especially a Roman military commander. But, Peter then understood his vision as directing him to take the gospel to the gentiles as well as the Jews.  So, he went with Cornelius’s servants to visit in the home of the Roman commander, and to share the good news with him.  This was a major turning point in the spread of Christianity, as now the gospel was available to the gentiles as well as the Jews.

Peter shares the good news with Cornelius, and he and his whole household convert. Later, Peter tells the story to the other apostles in Jerusalem.  He notes that he was visited by an angel, who had said to Cornelius,

“He (Peter) will bring you a message through which you and all  our household will be saved.”

So, this major shift in the development of Christianity was accomplished in the household of a Roman Centurion!  And, in a pattern that is later to be repeated over and over again, we witness a phenomenon; The CEO of the business converting to Christ, and the entire organization then following his lead.

Here’s the next instance.  The apostle Paul and his companion, Silus, were traveling to Philippi, the leading city in the district of Macedonia.  There they met Lydia, a business woman whose business was dealing in purple cloth.  At the time, that was a very expensive product, purchased by the rich and the royal.  Lydia was probably an upper-class business person.  Paul taught her about Jesus, and she and her whole business became Christians.

When she and the members of her household were baptized, she invited us to her home. “If you consider me a believer in the Lord,” she said, “come and stay at my house.”

Here’s another instance of that same pattern. Paul and Silus are arrested, beaten and thrown into prison.  About midnight, there is a miraculous earth quake and all the prison doors fly open and everyone’s chains are unlocked.  The jailer wakes up, sees the state of things, and prepared to kill himself because he knows he will be held accountable for the prisoners. Paul stops him and tells him about Jesus.

At that hour of the night the jailer took them and washed their wounds; then immediately he and all his household were baptized.

And there it is again.  The pattern repeats itself.  The CEO converts to Christianity, and the entire organization follows.  Here’s yet another example. When it came time to penetrate the city of Corinth with the gospel, again the target was a business.  But, not just any business, but that of Crispus, the synagogue leader.  I can’t imagine a more significant household to lead the way.

Crispus, the synagogue leader, and his entire household believed in the Lord; and many of the Corinthians who heard Paul believed and were baptized.

I’ll spare you additional examples, as I think I’ve made my point. You get the sense from these verses that when a head of the household converted to Christianity, because of the relationships previously developed, the entire household followed the lead of its head.  In the examples cited above, these existing organizations of people, united in relationships, common purpose and physical proximity converted in masse.

The Biblical business truly had spiritual significance in the New Testament.

Following their conversion, family businesses provided the nucleus of the emerging church.

But, that‘s not all.  As Christianity moved throughout the known world, small communities of new Christians popped up all over.   Following the act of conversion, they began to meet together to learn from and assist one another.  Frequently, the family business provided the venue, the infrastructure and the relationships that made these communities effective.  In other words, as the household worked together to expand its own prosperity, it offered an environment where people worked together, got to know each other, and created relationships with one another.  No need to find a place to meet, they were already meeting in the business location.  No need to create leaders, they were already there.  No need to create new relationships, they were already in place.  As an organization of people, the Biblical business was already in place and functioning.  Now, the business began to function as a church as well as a business.

“Greet Priscilla and Aquila, my fellow workers in Christ Jesus….Greet also the church that meets at their house.”

This church met in the house of Priscilla and Aquila.  The house was where most, if not all, of the household lived. Was this church made up of members of their business?  It most likely was.

Note, in the following passages, how the apostle Paul refers to groups of believers in the context of their household or business.

Romans 16:10
“Greet those who belong to the household of Aristobulus.”

“My brothers, some from Chole’s household have informed me that there are     quarrels among you…”

“You know that the household of Stephanas were the first converts in Achaia, and they have devoted themselves to the service of the saints.

While we don’t have a verse that says, “This business morphed into a church,” you do get a sense, from the passages noted above, that is exactly what happened.

What does this have to do with you?

So what? What does that have to do with your business or your future business today? Not every business converted to Christianity in masse, and not every business became the nucleus of an emerging church.  However, some did.

This view of a Biblical business is not for everyone. However, there may be some of you who want to use their businesses to create a more lasting impact than just making money. You may seek a greater degree of fulfillment and purpose in your life.  If so, the place to look is within the family business.  There is a potential, at least for some, to move beyond just making money and providing economic security for folks to becoming spiritual juggernauts. (WAS-91)