Christianity’s Elephant in the Room 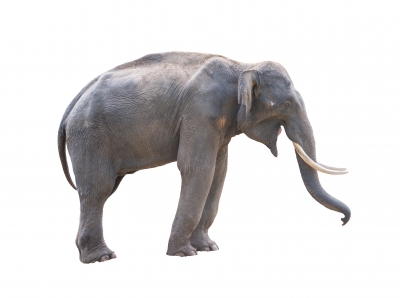 You know the analogy – an elephant in a room would be so large, so consuming of the space that it would prevent any freedom of movement for the other folks in the room. The most common human response to something that big is to ignore it. So the conversation in the room goes to every subject except this huge, dominant force.

Occasionally, in various organizations and situations, we encounter the elephant in the room – that one reality which is so huge that it impacts everything in its sphere of influence. Our common response is to ignore it, as it seems too big to do anything about it.

Alas, in the world of 21st Century Western Christianity, we have an elephant in the room – a reality so big, so evil, so ubiquitous that it impacts all of our mindsets, shapes our thinking, stunts our personal growth and does more to hinder the spread of Christianity than any other single issue.  Yet, we routinely ignore it, pretending it doesn’t exist.

What is it?  Before I shine the light on it, let’s gain some perspective.

Imagine the night that Jesus is betrayed.  He is praying so intently in the Garden of Gethsemane that he is literally sweating blood.  He is moments away from being betrayed and subjected to his torture and crucifixion.  For what is he praying?  What is it that is so deep in his heart that it erupts to the top of his mind, and forms that very last thing that he prayed for prior to his personal agony?

“My prayer is not for them alone.  I pray also for those who will believe in me through their message, that all of them may be one, Father, just as you are in me and I am in you.  May they also be in us so that the world may believe that you have sent me.  I have given them the glory that you gave me, that they may be one as we are one, I in them and you in me. May they be brought to complete unity to let the world know that you sent me and have loved them even as you have loved me.“ John 17:20-23 (NIV)

What was it that he so passionately prayed for?  The unity of his followers.

And what is the elephant in the room? The incredible, mind-blowing division among us. At the moment, there are at least 40,000 different denominations. (1) Additionally, in any one year, there are thousands of church splits.  I’ve personally witnessed three such splits – about one for every decade of my Christian walk.

It is hard to imagine a situation that could be more the opposite of that for which Christ prayed. Instead of being marked by unity, we are characterized by the exact opposite — division.  It’s so all-encompassing that it has become embedded in our Christian culture so deeply that’s it’s difficult to imagine any other way.

When we meet someone, for example, and we discover that they have a Christian orientation, what’s our first question?  What church do you go to?  Our position is that you can’t be just a Christian, you must be a certain flavor of Christian.  So, let’s find out how this person differs from us.  It’s part of the Christian culture.

A friend recently told me about an insight he gained.  Driving through a small town — a one-stop light town — he counted 17 church buildings. Each one, of course, had its own favored slice of the truth, or traditional practices, or organizational scheme that separated it from the others.  And each attendee at each of those 17 distinct churches had a reason why he/she stuck with that brand rather than the others. They, like most of us, embrace the division.  It makes us feel a bit special to think that we have a purer slice of the truth than our brother or sister from the church down the street.

The division is so embedded in our culture that we don’t even see it!  It’s the elephant in the room.

Probably the biggest reason for that has to do with the position of those whose interest is in maintaining the division.  And, who might they be?

It doesn’t take a lot of thought to begin to populate the list.  Begin with every pastor whose job is on the line if he doesn’t keep the folks coming to his brand of ‘church.’  It extends to the denominational bodies, all those people who make their livings organizing and administering their specific slice of the pie.  It extends to the folks in the seminaries who train the pastors who occupy the pulpits who tell us not to worry about the division. Truly, there are millions of people who have a vested interest in keeping Christianity divided.

How do they justify it? With this line of persuasion:

“What looks like division, really isn’t.  We all believe fundamentally the same thing. So, it doesn’t matter if one of us calls ourselves a Methodist and another calls himself a Baptist.  It doesn’t matter if we think our local congregation is special and different.  It’s all just superficial stuff. Don’t let it bother you.”

That sounds pretty reasonable. Certainly millions of Christians accept it. There’s just one small problem. That very argument is condemned in the Bible.  Look at I Corinthians 1: 10-13.

Is Christ divided?  What Paul crucified for you?  Were you baptized into the name of Paul?”

The situation that Paul condemned is exactly the same situation as we have today. He was speaking to Christians, who all believed the same fundamental things. Notice that he addressed the letter to “those sanctified in Christ Jesus and called to be holy…” (vs 2), and he called them ‘brothers.’

Drive by any church building, and what are you likely to see on the sign?  The type of church it is (in other words, how it’s different than others), and the name of the pastor.  I guess that’s so the members can say, “We belong to pastor’s …….church.” That is, of course, exactly the statement that Paul so vehemently condemned.

The ugly truth is that the dividers keep us divided, in spite of clear, unambiguous teaching to the contrary, because it serves their vested interests to do so.  For example, can you see some denominational body, with its required layers of bureaucracy, boards and conventions, all at once repenting of its ways?  Can you see everyone who makes their living from these organizations stepping down in mass?  It won’t happen because their livelihoods are dependent on that division.

Division is the strategy of the institutional church system.  Without it, there would be fewer jobs, less need for ‘tithes’ and far fewer opportunities for accolades from the audience.

So, what do you do?  The most common reaction is to say something like this:  “I realize that my church has some problems, but everyone is human, so I’m going to forgive them and stick around and help it change. I’m going to help make the church better.”

Alas, while that sounds so reasonable, the unfortunate truth is that it has never worked.  The history of Christianity is a story of countless ‘reformations’ which end up creating even more division and often become guilty of the same flaws that prompted the  originally ‘reformation.’ (2)

What is true on a large scale is also true on the individual level.  Tell yourself you are going to help change the church.  Come back in two years and tell me what’s changed. I’m going to bet that nothing has. The spirits that rule the institutional church system are far too strong for one individual to change.

The most effective solution is to recognize the real problem and to address that.  The problem is that we have defined Christianity as churchianity.  We see the world through the perspective of the paradigms of the church that we associate with. As long as we link Christianity with a ‘church’ we will continue to splinter and divide.  The problem isn’t any one church.  Instead, it is the idea that you must belong to a church.

You’ve got to embrace that idea – that there is no reason to belong to an institutional church — that doing so actually supports the system of division which is so roundly condemned in the Bible.  Once you can embrace that, then you are free to relate to God, other Christians and non-Christians without being hindered by the stultifying paradigms of the institutional church system.

They have had the courage to seriously consider this question:  “If, according to Jesus, unity is a sign to the world that he is with us, is our incredible division a sign that he is not?”

Join the movement. Once you decide to walk away from the institutional church, you take all the power out of the dividers’ hands. They can’t separate you from everyone else if you don’t go there.

The solution, then, is simple. Just walk away.  Walk out of the church, and don’t look back.  Get out from under the cloud of obfuscation which characterizes involvement with the institutional church. No longer be a part of the system of division that Paul so specifically condemned, and to which Christ devoted his last prayer.

Have we substituted ‘church’ for Christ?