Motivating Yourself to Achieve Everyday 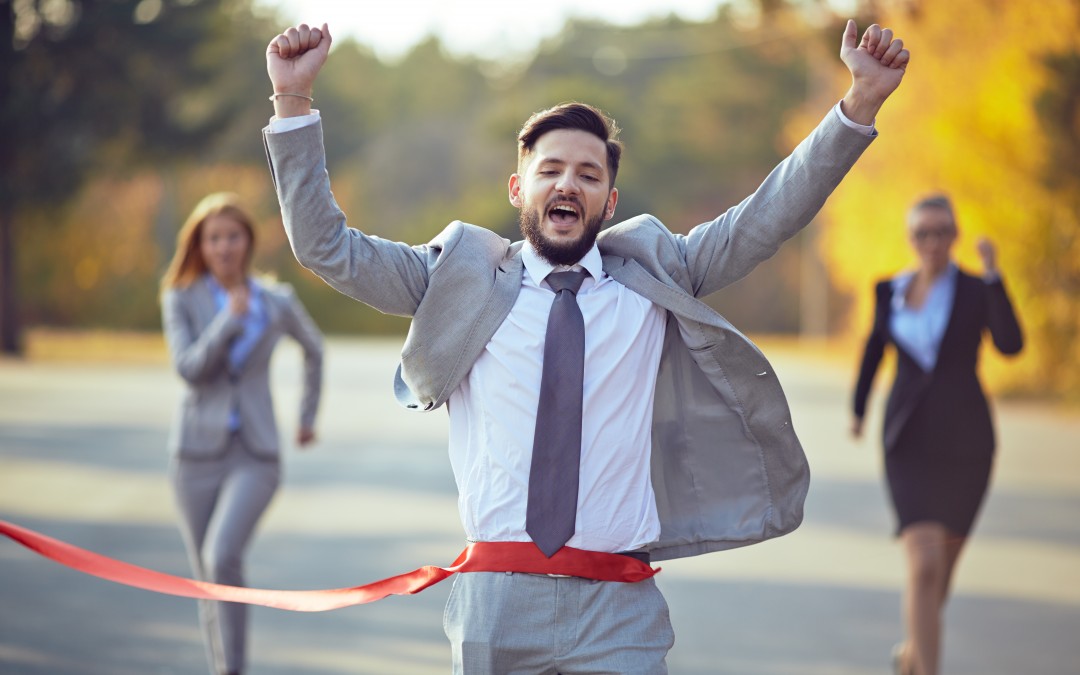 “I really struggle with the highs and lows of field sales.  Most days I feel like the weight of the world is on my shoulders.  Any suggestions?”

This is one of those rarely voiced issues that every sales person confronts sooner or later.  The job of the sales person produces an emotional roller coaster, and unless you figure out how to manage those emotions and keep yourself motivated, you’ll have a difficult time succeeding.

This is particularly true right now.  As I write this, in the Fall of 2014,  the economy continues to lag, and shows little sign of improving.  Unemployment is higher than it has been for years.  Many companies are cutting back, there are fewer jobs available, and pressures to perform are greater than ever.

Not a pretty picture.  However, even though the world around us may be dreary and depressing, that in no way reduces our personal need to do the best we can.  We really do need to motivate ourselves.

Which brings me to the first principle of personal motivation.  At the heart of motivation lies a powerful belief which you must embrace.  Without a wholehearted commitment to this foundational belief, all the techniques and tactics for self-motivation are like spreading wall paper over crumbling plaster.  It may hold temporarily, but it is soon going to deteriorate into a mess.

You must believe that you can do better, and that it is your responsibility to do so.

Sounds so simple and common sense.  However, the more I observe people, and sales people specifically, the more convinced I am that the majority of people do not share this core belief.  Rather, they are in the habit of making excuses for their situation.  Or, they believe that it’s really fate that determines their success, not their actions.  Or, they believe that success is for someone else, not them.  They never really grab onto the first part of this foundational principle.

Others believe that they can achieve greater degrees of success.  They accept the first part of this principle — “you can do better” — but they never accept the second – “it is your responsibility to do so.”   They become content with their situation, no matter what it is, and remain in comfort zones.  Or they look at their manager as the person who has the responsibility to motivate them.

Once we’ve established that, the question now becomes how do we do so? Here are some time-tested ways to motivate yourself.

As long as your world is limited to yourself, you find it just as easy to rationalize your mediocre results as it is to extend yourself to achieve superior results.  One of the most motivating things in the world is the need to provide for a family.  That will get you out there on the dreariest days, under the worst of conditions.  Love is perhaps the greatest motivation in the world.  When combined with the responsibility for the economic well-being of those you love, it can be an incredibly powerful motivator.  I’ve often wondered what I would have become had I not had a large family and a sizeable monthly obligation.  It sure caused me to step up to the plate when I’d really rather not.

I’m not suggesting that you immediately begin to procreate if you haven’t yet.  But, in the long term, understand that the responsibility for a family will, over the years, create a sense of purpose in your life that will spill over and impact your career, and probably bring out the best in you.

Along that same line, creating a tangible, worthwhile, exciting goal runs a close second for a way to motivate yourself.  That’s why spending once a year in a personal strategic planning retreat in which you create motivating goals for the coming year is such a powerful discipline.

This is one of those techniques that I have learned through experience.  One of my greatest challenges as a sales person occurred when I had decided to leave my current position, and accepted a position selling surgical staplers.

This was a major risk on my part.  I was the number one sales person in the nation for my current employer, had a good salary, a company car, and great prospects.  However, I was bored and looking for another challenge.  So I accepted a position that was the opposite in many ways.  It paid only straight commission, I had to buy my own demonstration samples from the company and purchase my own sales literature.

However, before I accepted the offer, I calculated the amount of current business in the territory.  I felt that, if I could double the business within the first year, I’d be OK.  After that, any increases would be real increases in my standard of living.

I was outraged!  That change seriously threatened my ability to make a living on straight commission.  I didn’t think I could do it.  How could they do this to me?  What kind of a company was this who would treat their employees that way?  I immediately decided that I didn’t want to work for them and began looking for a different job.  However, it only took a few weeks for me to realize that I was seen as unemployable.  Most companies with whom I interviewed saw my quick desire to leave as a weakness in me, not my company.

One thing led to another and, after six months, I was doing very poorly.  I owed the company $10,000 (a lot of money in the mid-70’s), my draw was finished, and I had few prospects for finding another job.  Talk about being between a rock and a hard place!

That was adversity, compounded by my failure to effectively sell the product.

Then I realized, in a moment of blinding clarity, that my situation was pretty much my own doing.  Yes, the company had dealt with me unfairly.  However, it was still a great product, fun to sell, and had the potential to make me a lot of money.  The reason I wasn’t doing well was my attitude.  It was my bitterness and my negative thinking that caused my poor performance.  When I realized that, it was like a great weight off my shoulders.  If my situation was my own doing, then I had the power to do something about it!  I wasn’t a victim anymore.  Then change was in my head!  I was once again in a situation where I could influence the world around me and affect my life.  It wasn’t them, it was me!  And since it was me, the power to do something was also in me!

So I determined to take control of my thoughts.  I searched out, and wrote down on a set of 3 X 5 cards, all the positive saying and quotes I could find.  I remember one in particular, from the Bible, “If God is for us, who can be against us?” (Romans 8:31).

I had about a 45 minute drive from my home into my territory every morning.  So, I’d hold those cards between my hands on the steering wheel, and flip them over and over, reading them to myself on the way in.  While I wouldn’t recommend that driving technique, it did wonders for my attitude.  I began to become more positive, to look for opportunities, to feel more confident.

Six months later, I had paid off the debt I owed the company and was making more money than I had at any other time in my life.

You certainly can copy positive thoughts onto cards like I did, or program them into your smart phone, or whatever electronic device is most comfortable.

An easier way to implement this same strategy is to purchase motivating CDs or podcasts, and regularly listen to them.  That’s a great use of drive time, and you don’t even have to be consciously listening to them for them to impact your emotions and thus your motivation.  Try it.  Just buy one and listen to it three or four times.  Then notice your own emotional state.  You’ll find yourself more positive and optimistic.

Keep a journal or scrap book of your past successes.  Note that appointment that you finally obtained with the hard-to-get to prospect.  Keep a record of that big sale that you worked so hard to get.  And note the details of that great presentation that you made.

Save the awards you’ve earned, the congratulatory emails from your management, the photos of that trip you won.  From time to time, review your file.  You’ll find yourself becoming confident and motivated.  If you have done these good things once, you can surely do them again.

You can do more, achieve more, earn more and become more.  It is your responsibility to become the best that you can be.  Implementing any one or all three of these proven practices will help you consistently operate at the highest levels.