Are You a Successful Sales Person? 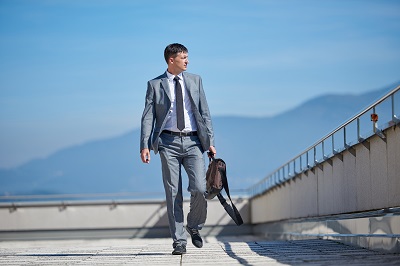 This was to be a totally different article.  I intended to write about what makes a successful sales person.  However, as I began to conceptualize the article, it occurred to me that I ought to begin with a definition of success.  And it was there that I got side-tracked.

“Success,” like “beauty” is a slippery term whose definition depends, in some significant way, on the perspective of the observer.

I once came across this definition, which I have used, more or less because of no good reason not to, as a working definition:  Success is the continuous attainment of an ever-evolving series of goals.

When I sat down to expand on that, however, I found some problems with it.  For example, that definition allows for some serious goal-achievers to be acknowledged as successful, when the mass of humanity would argue with that judgment.  For example, Hitler achieved almost all of his goals.  Was he successful?  Or, on a more pedestrian level, imagine an entrepreneur who builds a successful company, and put so much time into that effort that he loses his family.  Is he successful?

That definition has another problem with it, in that it is totally dependent on the aspirations of the individual.  What about those individuals who have minimal expectations?  For example, we can easily imagine a homeless-by-choice individual who has only the goal to make it through the day.  Is he a successful person?  Maybe by his own standards, but are the individual’s standards sufficiently powerful enough to attract praise and attention from the mass of people?

Aren’t some aspirations more noble and laudatory than others?  For example, are the goals of the person who aspires to great deeds in public service nobler than those who just want to satisfy their own baser appetites?  And, if he achieves some of them, isn’t he more successful than the person whose goals impact only himself?

Then, there is the question of process versus achievement.  I’ve often heard people say something like this:  “I’m doing exactly what I love to do.”  Is that person, by virtue of the process, even if he achieves nothing, more successful than the person who finds a cure for lung cancer, but whose goal was to find the cure for all cancers?  In other words, is success defined more by the process and less by the achievement?  If you are in a process that you enjoy, are you therefore, successful?  Likewise, if someone functions at 100 percent of their abilities, even if they are reduced, is he more successful than the exceptionally talented person who uses only a fraction of his talents, yet contributes significantly?

What about morality and ethics?  Back to Hitler.  Successful by the “goal” standard, but a poster child for almost everyone’s standard of immorality.  If you achieve all your goals, make a huge contribution to the betterment of the world, but trample on people and cause pain by immoral and unethical behavior, are you still successful?

What about the cost?  Some success comes with a cost that is out of balance with the resulting achievement.  For example, one way to achieve success as a sales person is to work longer.  If you work 18 hours a day, destroy your marriage, alienate your kids, and ruin your health, has the cost been worth it?  I believe success implies something of a balance.

Then, of course, there is the spiritual component.  Should success be measured in worldly terms, or on a grander scale?  Success in worldly terms may not at all reflect success in spiritual terms.  In the book of Matthew, for example, Jesus says “What does it profit a man if he gains the entire world and loses his soul?” Matthew 16:26 (New International Version)

Is there, then, a whole different perspective on success?

Whew!  Who would have thought it was this complicated?  Let’s narrow this down.  Since my goal was to write about the characteristics of a successful sales person, I’ve decided to rule out the deeper and broader criteria that reflect on the success of a person’s life.  Let’s leave life-long issues and the spiritual component for another article, and just focus on the career.

Here it is, assembled: A successful sales person/sales manager/business person routinely meets or exceeds a continuous series of ever-evolving company and personal goals, while adhering to the highest ethical standards, without an undo cost to oneself or those around him, and eventually rising to be within the top 20 percent of your profession.

There you have it.  One person’s definition of success on the job.

Your business and your career can be about more than just making money.

Read The Good Book on Business.  Your thinking about business will never be the same.