Unleashing Creativity in Your Business 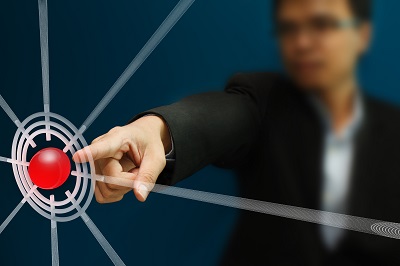 In the first moments of creation, when God instituted business, he designed it to be the place where mankind unleashed his inherent creativity.

Genesis 1:15  “The Lord God took the man and put him in the Garden of Eden to work it and take care of it. “

Work, and by extension, business, was created in this moment, and established by God as mankind’s fundamental occupation.  Before Eve, before family, before scripture, before prophets, before preachers and churches, God created work and business. Your business is a direct descendent of this seminal moment of creation.

Having given Adam that charge that will occupy mankind for every succeeding generation, He then charges Adam with the first task within that lifetime occupation:  Name the animals.  (Genesis 1:19)

What sounds like a very simple task is really a precedent setting moment with implications for all of mankind.  The task that God gave Adam required Adam to add a layer of sophistication and organization to the raw materials – the earth – by exercising his creativity.

Prior to Adam completing his job, he could not have a conversation about the animals with God, because there were no words. After Adam created the names for the animals, that language added a higher layer of organization to God’s creation.  Before there were animals.  Now, God and Adam could use the results of Adam’s creativity – names – to talk about the animals. Mankind’s “working the garden” had just become a bit more organized and a bit more sophisticated.

This first job God gave to Adam set the pattern for every generation to follow.

Over and over, throughout the Bible, we see examples of God repeating the pattern in his interactions with mankind:  God assigns a task that requires a person to exercise his/her creativity to implement a higher order of organization to the base of creation.

Think of Noah building the ark, Abraham building what may be the largest business in the Bible, Joseph administering the national grain storing efforts for Pharaoh’s business, Moses guiding the Hebrews to the promised land, Bezalel creating the furnishings for the temple, David creating a higher order of organization as he consolidated Israel, and Paul’s outreach to the Gentiles. These are just a few of the more recognized examples of the pattern repeating.

So, we have this understanding:  God gave mankind the charge to use his creativity to create a continually evolving layer of sophistication to God’s creation. Work, and by extension, business, is to be the venue for that effort. Additionally, God will assign specific tasks to individual within this greater charge.

What does all that have to do with you, your work and your business?

First, business is far more important to God than our popular culture acknowledges.  Our western Christian culture puts forth the idea that business is a second-class occupation that serves primarily to fund the religious establishment.  God sees business as the priority of mankind, created before Eve, before family, before prophets, before scripture, and certainly long before churches.  The majority of folks within the Christian culture are misguided.  Work, and business, is where God first interacted with mankind, and continues to be venue in which God relates to mankind.

Second, your work and your business are assignments from God.  There is a reason why you do what you do for a living and have the business that you have.  Just like God gave the first man the task to name the animals, and gave more specific tasks to every generation since, He has given you the specific task in which you find yourself engaged.

Third, God expects you – both personally as well as organizationally – to exercise your creativity to create a higher level of organization and sophistication within the sphere of influence in which you find yourself.

Implications on your work and business.

A change in mindset can be like a mountain stream which bubbles up out a deeper source, spreads over the landscape and nurtures all sorts of new life.  What would happen in your career or your business if you were to begin to see it as a divine appointment?  What would happen if you understood your basic challenge is to exercise creativity to create a beneficial higher order of sophistication?

Would your relationship with your employees be different?

Would your view of your customers and suppliers take on a new perspective?

Would your decisions about reinvesting your cash flow be different?

Would your business be transformed?

Would you impact the world in a greater and more intense way than ever before?

Would you be fulfilling God’s purpose for your life and your business?

To unleash the power and impact of your business, realize that is the current manifestation of the pattern that God created in the first days of creation – that part of its purpose is to be a venue for the unleashing of man’s creative powers to ‘work and keep’ creation.