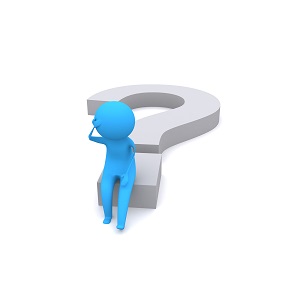 What do I do when my goals don’t match the company’s goals for me?

I can look at this is in two ways – expressing two different situations.  In the first, there is a legitimate difference in the expectations for a sales person, but a basic agreement on the issues on which to be focused, as well as the values of the organization.  In the second, there is a deeper and more significant difference of opinion.

Persuade and negotiate.  Try to convince your boss that your perspective is more accurate than his/hers.  Don’t just assert that, be convincing.  Back up your beliefs with substance.  Describe specific situations and accounts, and explain why you think about them the way you do.  Prove your point.

At some point in this process, there is going to be a resolution.  There will be a quota or a goal.  Whether it is your idea of what it should be, or your manager’s version, or some compromise, it doesn’t matter.  At that point, when the issue is resolved and the number is set, your job is to give all of your best efforts to doing what your company wants you to do.

You are, after all, an employee of the company.  Your job is to do what your company wants you to do.  That’s what they pay you for.

Sometimes sales people can get a little too convinced of their own importance.  I succumbed to that temptation more than once when I was selling full time.  We think that we really are in business for ourselves, that we own our customers, and that we know what is best for the company and the customer.  So, therefore, we become agitated and upset when the company asks for a 15% increase and we think 5% is reasonable.  We are tempted to go off mumbling under our breath about the screwy management, and we decide we are going to do what we want to do instead.

A little reality check is in order under these circumstances.  If you worked in the warehouse, would you be able to decide what you wanted to do today?  If you were a customer service rep, would you get to determine how best to spend your day, and which parts of your job you’d really do?  If you were in the purchasing department, if you didn’t like the company’s direction, would you have the freedom to ignore it?

So what makes you think you are so special?  Answer — nothing.  Let’s put the freedom that we enjoy and the money that we make in perspective.  We are, when all is said and done, employees of the company.  And, I believe, we have a moral obligation to give our best efforts to that company for as long as we accept a paycheck.

Which brings us to the second situation.

You have some major difference of opinion in not only the degree of what is expected, but a deep-seated difference of opinion in the basic issues themselves.  I’m not talking about issues like you think you need to focus on your current customers and your company wants you to sell new customers.  Those are relatively superficial issues that fit into the previous discussion.

Instead, I’m talking about differences in fundamental values and ethics.  Here’s an example from my own experience.  I once worked for a company that introduced a new product, and developed a quota for each of us to sell that product.  The problem was, the product never worked.  It didn’t do what the company said it was going to do.  We, the sales people, knew it, and the company knew it.  Yet, they still wanted us to sell it.  We were given quotas and strongly directed to go out and get orders at all costs.  They directed us to, in effect, lie to our customers.

I left the company shortly thereafter.

If it’s an ethical issue, then I think you have only one choice.  Find another job.  Life is too short to spend it violating your ethics and compromising your integrity.

That sounds simple, and it rarely is that black and white.  It almost never happens that your manager sends you an email that says, “From this day forward you will lie to your customers.”  Instead, it is more likely that a pattern emerges over a period of time.  One incident is generally not representative of a character flaw.  But, when you see a pattern of cutting ethical corners, of disdain for integrity, of fuzzy moral boundaries, then you can conclude that those are expressions of a corporate character flaw.

In my situation, the “lie to your customers” direction was not the first indication of a lack of moral compatibility between me and the company.  It was, however, the final one for me – the most recent and blatant of a string of incidents that made me feel uncomfortable with myself for being a part of it.

Also, sometimes the price is high.  The position I left was the most fun, most challenging, best paying job I ever had.  It was 15 years before I made the kind of money again that I made in that job.  Believe me, leaving that job for ethical reasons was a difficult decision.

Money is just money.  It comes and it goes.  People, and sales people particularly, who will do anything for money, who evidence no compulsion and no moral boundaries, are sad characters.  They have succumbed to the most superficial of temptations and displayed themselves to all those around them as people with little integrity.  They are unfortunate examples to their families, friends, and all who know them.

You only have to read the newspapers over the last year or so to see multiple examples of the damage that greed, un-tempered by morality, can do.  The real damage, though, is not the highly visible corporate crooks that we read about every day.  The real tragedy is all the less visible managers and sales people who we don’t read about – those business people who share the same “money at all costs” attitude – whose legacy is not as public, but none-the-less still damaging.

I would hope that you would not be one of those.  That you would have the strength of character to disassociate yourself from a situation that comprised your integrity.

So, when it becomes an issue of morality, I think it’s time to leave.