Can you be a Kingdom Influencer? Going first and bringing others along. 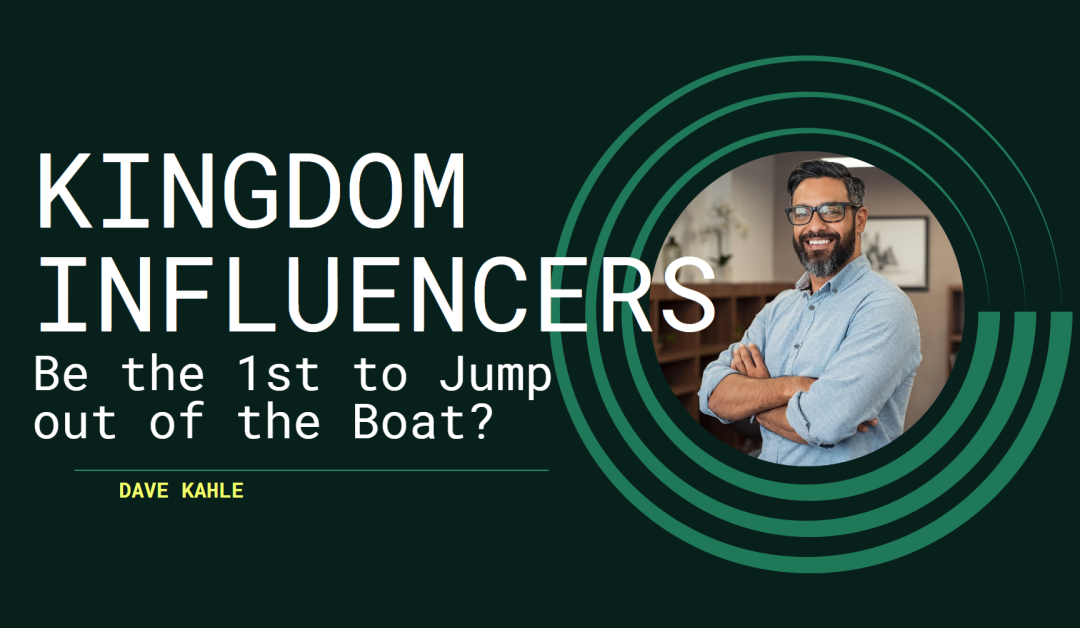 I just closed a zoom meeting with one of my clients. He told me this short story.  He recently took a promotion to the corporate office.  Word had gotten around the new environment that he started his meetings with a prayer.  Out of the blue, a co-worker asked if he could be a part of that prayer time as well.

I remarked that the marketplace is full of Christians and faithful people  who are just waiting for someone to go first.  I told the story of the aftermath of 911.  At the time, my office was on the second floor of a seven-story office building in downtown Grand Rapids. The Monday after 911, I decided that I needed to do something, so I printed up a little flyer, and slid it under the doors of all the other offices in the building.  The flyer announced that at noon the next day, I would be in the common space in the basement, leading a prayer.  At least 75 people showed up to pray together.  Beyond nodding good morning on the elevator, I knew none of them

Both of these stories are examples of the power of leading. It doesn’t need to be anything huge.  Just go first in something that is on your heart. No need to test the water, no need to solicit opinions and seek advice or other options.  Ask the Lord’ to provide you with the idea.  Then, just do it.  Go first.  Announce that “At this time, in this place, I will…….” and invite others to join you.

Here’s another example.  When Covid hit, as you know, everything shut down.  Churches stopped meeting, and schools closed.  I felt there was a need for my grandchildren to be exposed to Bible truths.  I have one set of grand kids who are 18 – 26 years old, and another set in the 6 – 12 year old range.  So I decided to get on Zoom once every other week, and tell a Bible story.  No big deal. Just a 15 – 20 minute Zoom sessions in which I told the younger set of grandkids a Bible story.  I’ve been doing it ever since.  I even captured some of those sessions and put them on YouTube in a new series called Bible Stories with Gramps.

The ‘fields are white unto the harvest.”  Don’t be sidelined by thinking that you have to be an evangelist.  Just live your faith in the marketplace and do what seems right to do.  Go first.  You may be astonished at how many people have been waiting for someone just like you to go first.

Do you have a similar story?  Please share it with us in the comments section below.