Should We Compartmentalize Our Christianity? 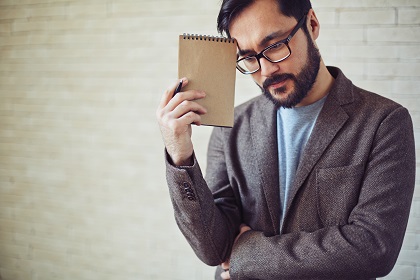 “I practice my Christian faith when I involve myself and my family in the programs of the church.  My business is my business – that’s something else. The two don’t have much to do with each other.”  That comment expresses a pretty common view of the relationship between Christianity and business. My guess is that most Christian business people hold that belief. They compartmentalize their Christianity.

It is easy to see why there are so many who believe that.  On the business side of the equation, it fits comfortably into the worldly system of business wisdom and advice.  Like a sand storm, ideas about how to grow a business swirl all around us. Hundreds of books are written each year, thousands of blog posts, videos and articles encompass us  — putting forth a worldly wisdom.  While there are a lot of good ideas and much to be gained from that wisdom, very few of those business people, consultants and authors recognize God in their publications.  Since God is not mentioned in the mass of materials, it’s easy to conclude that business has nothing to do with Him.

On the other — Christian — side of the equation, most folks promote the compartmentalized idea as well – but much more subtly.  When the local pastor announces that the church building is “God’s house,” for example, he infers that everything else – including your business – is not.  When he pressures you to be involved in the programs of the institution, he’s promoting the idea that those programs are more important than anything else you could be doing – and that includes your business. When years go by without any acknowledgment from the pulpit of the role of business in the Kingdom, it’s easy to draw the conclusion that there is no role for business in the Kingdom.

So, it’s easy for the majority of Christian business people to accept the idea that business is one thing, Christianity is something else, and the two don’t meet.

Unfortunately, that belief is one of the false beliefs that hinder us from achieving our business potential. It leads to negative consequences and is clearly taught against in the Bible.

Let’s look at the negative consequences.  First, it limits the impact of God’s people on the broader culture.  There is a reason why our culture has rapidly transformed from a pro-Christian culture to one that is increasingly anti-Christian in just a few decades. Since the compartmentalized belief keeps Christian people and their influence clustered together in institutional churches, their influence is only on those who are like-minded and attend those same churches.  The broader culture is deprived of the salt and light of Christian influence through business.  Salt has no impact unless it is sprinkled over that which has none.  So, too with Christians.  As long as we remain huddled together in the programs of the institutional church, we are not impacting those around us.

Compartmentalized Christianity promotes the hypocrisy that the non-Christian world so regularly points out in church-going Christians. The thoughtful non-Christian sees a conflict in the Christian who espouses love and grace on Sunday and then acts on the principle of return on investment on Monday. Hypocrisy is the word used to describe that state of affairs by those on the outside, and it provides sufficient reason to avoid the same fate.

By no means the final negative consequence, but probably the most devastating, is the negative impact on those outside of church-going Christianity who have a sincere interest in connecting with God, but who are put-off by the link between church and Christianity that the compartmentalized beliefs promotes.  Ask ten non-Christians about Christianity and nine of them will speak in terms of ‘church’ and the negative experience that have had with it.  They equate Christianity with Churchianity, and they are turned off by it. On page 47 of my book, Is the Institutional Church Really the Church, I quote some amazing research by the Barna group who found that “of non-Christian adults aged sixteen to twenty-nine..82 percent had gone to a Christian church at least some time in their lives.”

And what was the impact of their church attendance?  “A majority have tried churches and found them desperately lacking relevance.” They equate church with Christianity, because that is what the compartmentalized belief proposes, and when they find church irrelevant, they turn off completely to Christianity.

The list of negative consequences could go on and on, but let’s turn our attention to the Biblical position.  In the very beginning of the Bible, in the first words that God spoke to Adam, He created the precedent that He would give work (and business by extension) to mankind as its primary occupation, and that He would interact with mankind in his work.  Before spouses, before Scripture, before prophets and priests, before pastors and church buildings, He created work and showed that He would engage and interact with us as we strove to do the work that He gives us to do.

In addition to business being God’s preferred venue to interact with mankind, it’s also His system for building character and developing faith. Almost all the great Godly leaders in the Bible were honed in the cauldron of business. Here’s a small sample from The Good Book on Business (p.83).

Abraham – one of the most successful of all Biblical business people, he headed an enterprise of thousands and was chosen to be the father of the special people group later known as the Israelites.

Jacob – a third generation business owner, he fathered what was to become the 12 tribes of Israel.

Moses – was in the business of raising sheep, and was chosen to lead the Hebrews out of Egypt and into the promised land.

David – employed by his father in a family business, he was chosen to be the second King of Israel, consolidated the kingdom, and wrote most of the Psalms.

Jesus – a small business person, he was a carpenter for the majority of his adult life.

Paul – was a tent-maker, a sole proprietor, who led the advance of Christianity into most of the known world, following the death and resurrection of Jesus.

This is just a small sample of the role of business in the Kingdom. The limits of this post prevent me from a deeper dive into the subject.