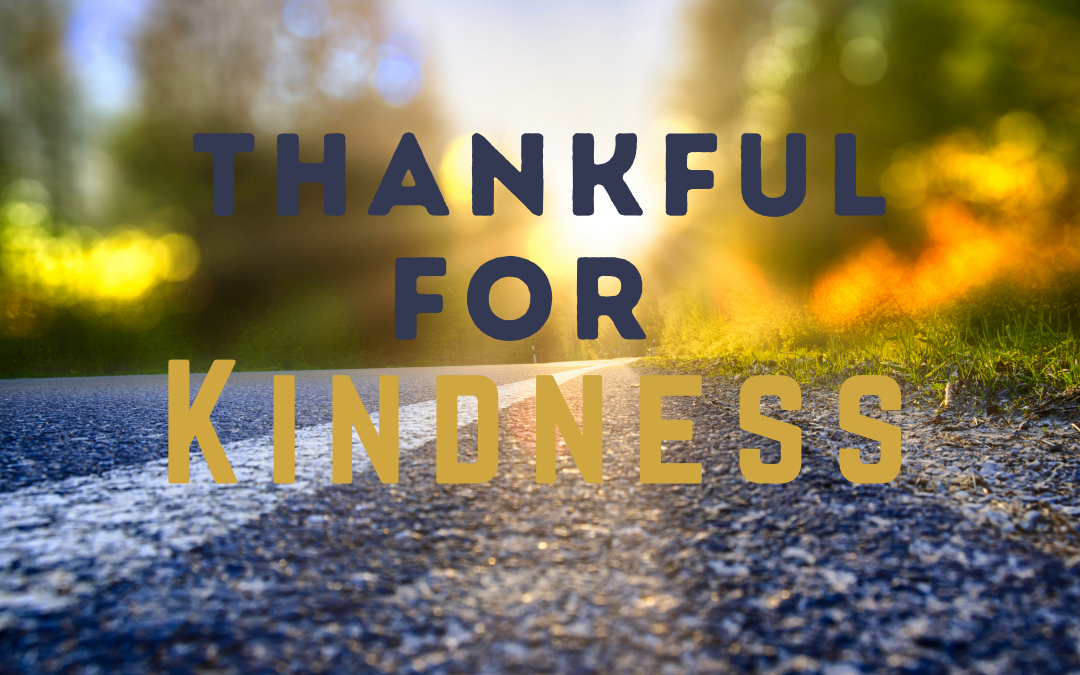 There is a lot of conversation these days about using our businesses to make a positive impact on our communities and the people we touch.  Typically, the conversation runs to mission statements and high-level topics.

While there is nothing wrong with those, from time to time we can all use a wake-up call for what it means to use your business or job to make an impact on people in a practical, man-in-the-streets perspective. I had such a wakeup call last weekend, when I was on the receiving end of not one, not two, but three people who chose to use their businesses and their jobs to impact people.

Last Friday, I left Grand Rapids, Michigan on our annual move to our winter condo in Sarasota, Florida.  With the SUV packed to the hilt, and a U-Haul trailer in tow, the dog and I set out for a two day trip.  My wife was visiting her mother in Seattle, so Milo (the dog) and I were making the trip alone.

We left Grand Rapids at 6:30 AM. The trip was smooth and uneventful until we hit Nashville at rush hour — six lanes of stop-and-go traffic with major intersections for what seemed like a half a dozen interstates combined and split off.  In the middle of that, around 5:30, I lost my turn signals.  Shortly thereafter, I lost my brake lights. Clearly, I was a menace to those around me and in a dangerous position.

So, I exited the first chance I got and found the first hotel. Alas, they wouldn’t take me, because I had Milo with me. When I got out of the car, the transmission locked up.  I couldn’t get it out of drive or neutral, couldn’t put it in park, and couldn’t take the key out of the ignition.

I called AAA, and spent easily an hour on the phone with various customer service reps.  It was one thing after another.  The first had a break down in her system, said she would call me back, and never did.  With the second one we got cut off halfway through the conversation.  The third connected me with the wrong number.

The driver was a Hispanic gentlemen, who said to me, “Don’t worry, I’ve got this.  Relax, I’ll take care of all of this.” He loaded up both the car and the trailer, and reassured me that he was going to take care of everything.  This was a bad day, but he was going to help me sort it out, and get everything organized.  Milo and I climbed up into the passenger’s seat, and noticed a big study Bible on the floor next to him.

Off we went to the closest Hyundai dealer.  In the car, Carlos (fictitious name) reassured me over and over.  Don’t worry about anything, he’s going to take care of me.  I explained that once we drop the car off, I would need to find a hotel that would take the dog, and figure out some transportation to it. “Don’t worry,” Carlos told me, he’ll take me to the hotel.

We arrived at the Hyundai dealer to find the service department closed.  Looking around for a place to stash the trailer, I approached one of the sales people, who was still working.

“The service department is closed for the weekend,” he explained, “and doesn’t work on Saturdays.”

Carlos said not to worry.  He’ll take me and the vehicles to his lot and lock them inside a secured area, and then come and get me in the morning, and take them to the mechanic that he recommends.  He’ll call the mechanic right now, and see if he can attend to the vehicle in the morning.  Carlos got the mechanic on the phone, and he, Juan, (another fictitious name) is going back to the garage tonight, and will meet us there. Perfect!

Off we went to Juan’s garage.  Sure enough, he met us there.  We push the trailer and the car into the garage, he locked it up, and agreed to give it first priority in the morning.  Carlos then took Milo and me to the hotel. He helped unload my suitcase, and waited until I checked in before he left.

I told him he was a God-send, and thanked him profusely.  He refused a tip and told me he just likes to help people.

What an example of someone using their position in business to make an impact. At this point, I’m really thankful that I got him.  But, it gets better.

At noon the next day, I make my way to Juan’s garage.  He’s almost done with the car, but there are some issues with the trailer.  One of the lights is out, and it looks like the folks who wired the electrical connection in the car had made some mistakes.  Juan volunteers to go with me to the U-Haul dealer to explain to them what he found.

We’ll either have to trade trailers or have this one fixed. If we have to trade, it is going to add a couple of hours to the trip.  I have things packed precisely in the trailer, fitted in and tied down.  To unload and re-load it is going to be a major task.  “Don’t worry,” Juan says, he’ll help me.

Off we go to the U-Haul center, with me driving the car and towing the trailer, and Juan and one of his friends leading the way in their car. At the U-Haul center, we eventually talk to the owner.  He says he thinks he can fix the trailer, so Juan and his friend leave to go back to work. I thank him profusely, tell him that he is a God-send as well.  “Think nothing of it,” he says, he just wanted to help me out.

I’m a little shell-shocked.  What’s the likelihood of getting these two guys, back-to-back?  Two guys truly using their businesses as a way to impact people for the good.

But, I’m not done yet.  After the owner fixed the trailer, he decides to re-wire the harness in the car.  New parts, an hour and half of work, and I’m at last free to go.  No charge.  He just wants to help me out. Another God-send.

As I pull out on the freeway and start back on my trek to Florida, I thank God for putting these three people into my life, and showing me what it means to use their businesses as a venue for impacting people.

While we should create mission statements and talk about using our businesses to impact people, it eventually comes down to what we do, day-to-day, in our transactions with the people we touch. What a great example of three people who get that.

Which of these two styles describes your sales managers?  Are they pro-active leaders, or re-active problem solvers?

The world moves too fast today to simply re-act.  Yet, few sales managers have ever been trained in the principles and practices of pro-active sales leadership.

Now is the time to fix that.

The results can be breathtaking.

We have never had such an immediate, positive and measurable result from any training.  This has been the single most significant investment in training we have ever made.  It’s changed the nature of communication within our sales team in such a way that we expect better sales representative retention rates, more highly motivated managers and sellers, a greater degree of accountability and, yes, increased profitable sales as a result!
William A. Fidler, Executive Vice President Brenntag – North America, Inc.

Seize the moment. For more information, click here, or schedule a phone conversation.