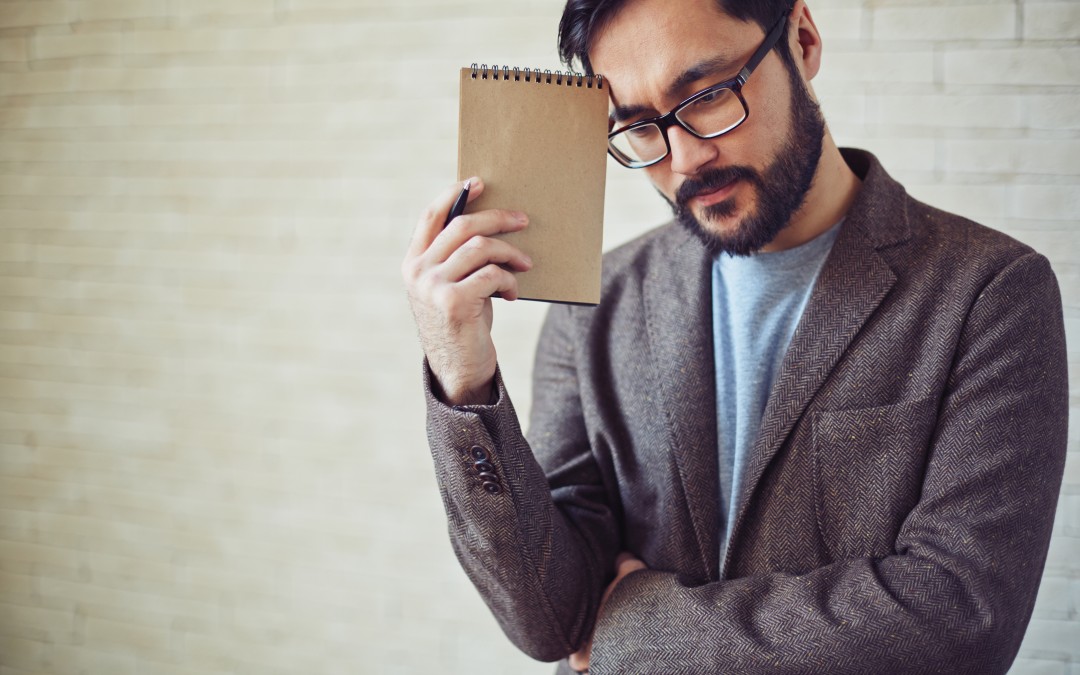 As a veteran sales trainer, one of the obstacles that I constantly confront in the folks with whom I am working is “mindless habits.”  In other words, almost everyone can sell better, or manage better, or lead better, if they could overcome their pre-existing habits. The habits stand in the way of positive change and improvement.

While I confront these in the context of helping sales people and sales managers be more effective, the problem is universal and applies to every job position and every walk of life.

Here’s an example.  Let’s say I am training sales people to create a monthly strategic plan for their territory.  In the process, I explain the benefits of the process and the consequences of not planning; I share a planning form that has taken years to refine; and everyone practices using the form to plan for their territory. We talk it over, personalize the learning, and then make a commitment to plan from this day forward.  A month later, only a percentage of the folks are using the process and tools they gained.

Why is that?  Mindless habits.

They have habitually never planned this methodically before.  It has not been a conscious decision – it just sort of happened.  But the habit of “non-planning” has been so deeply ingrained and so often repeated that it is very difficult to change the habit.  Ergo, a mindless habit that interferes with their growth and the productivity and profitability of the organization.

While these habits are obstacles, they are not insurmountable, and people can be helped to change.  The intentional commitment to change is a huge first step, and it can be supported and encouraged by effective follow-up, coaching and management.  The point is that positive change is difficult, and time and resource consuming.

But, there is an even more insidious set of mindless habits that interfere with our productivity, our jobs and our lives at a more profound level.

Here’s an example. I believe in personal responsibility – that most of our circumstances in our life come as a result of our own personal actions.  As a result of that belief, I habitually think in terms of the individual’s responsibility for outcomes. So, for example, when I am talking to a sales person about a problem account, my thinking runs along the lines of “what can you do to change things in that account,” rather than, “you got a bad break, let’s hope fate intervenes and changes things for you,” or “let’s see if your manager can bail you out.”

There are different levels of beliefs.  You can believe, for example, that “getting to work early is always a good idea.”  That’s a relatively superficial belief.  Here’s one at a deeper level:  “There are absolute standards of good and evil that transcend cultures and generations.” You can see that the first, more superficial belief will impact our work results, but little else.  The second, deeper belief can impact thousands of decisions we make in every area of our lives.

The deeper the level of belief, the more it impacts the lives we lead, by shading our habits of thought.  The deepest beliefs are spiritual in nature, and have to do with our view of the world and our place in it.

Here’s another example.  Years ago, my wife and I visited in Soweto, the large African township that is part of the greater Johannesburg, South Africa metroplex.  At the time we visited, some of the children in the elementary school were skipping school in a sort of loosely organized “strike.” From our perspective, that was pretty unusual.  Even more unusual, however, was the reason for their intransigence.  They were objecting to being graded as individuals.  In their tribal culture, either the whole class passed or the whole class failed.  To separate one child out of the group as doing better or worse than another was to attack a deeply held, spiritual belief about how they saw the world and themselves.  They saw themselves less as individuals and more as members of a group.

Think about how that worldview will impact the lives of those children for as long as they live.  This was a deeply held, spiritual belief underlying their culture, probably below the level of conscious choice, which will determine much of their life’s course. Their decisions about where to live, how to live, what sort of career to pursue, who to marry, etc., will all be influenced by this belief.

What do you think is the likelihood that those children thought deeply about their belief, and arrived at it as a result of a conscious choice?  That just didn’t happen.  In fact, they probably aren’t even aware that they could believe anything other than that.

While that may be a dramatic example, the principle applies to all of us.  Our deeply held spiritual beliefs impact everything we do, and, generally, we arrive at them in a ‘mindless’ fashion.

These deeply held, mindless beliefs, do more to influence and shape a person’s career and his/her performance than anything else. If you want to improve your performance; if you want to sell better, manage better and lead better, then examine your deep beliefs.

Few people ever examine their spiritual beliefs.  The beliefs that are handed down to them are good enough for them.  They never examine whether those beliefs are right or true.  They only hold on with emotional attachments to beliefs held mindlessly.

I can’t help but think about this in the context of the 9/11 murders.  It occurs to me that the actions of the terrorists are a powerful example of an unexamined spirituality dictating the course of their lives.  People can so deeply believe things that they lose all touch with reality, and that which is good becomes bad and that which is bad becomes, in their mind, good.  I wonder if the terrorists have ever stopped to examine their spirituality – to question the core beliefs and to ask if these are right and true.  What if they are wrong?  What if murdering innocent men, women and children isn’t a good thing commanded by God?  What if they have been deceived by a belief system that is a fraud?

That’s a very dramatic example, but the same principle applies to each of us.  Have you ever examined your spiritual beliefs?  Have you held them up to the light of what is reasonable?  Have you considered what evidence there is for you to believe what you do?

If you have examined your beliefs to the point where you are convinced that they stand up under the light of critical inquiry, then you can move on, secure in knowing that you have shored up and supported that most basic and deep part of yourself.

This direct relationship between your spiritual beliefs and your lot in life is one of those fundamental truths that can change our lives.  The Apostle Paul, writing in the New Testament letter to the Christians in Rome, instructed them to “be transformed by the renewing of your mind.”

So, if you are serious about doing better in your career – or your business, or your life – examine your deeply-held, spiritual-level beliefs.  They will impact everything else.

Admit it.  There are times when you look at what happens in church and wonder “Is this what Jesus died for?”  But you have been afraid to voice those doubts.  Now, you are not alone. It’s time to ask some questions.  Read “Is the Institutional Church Really the Church?”  Learn more here.